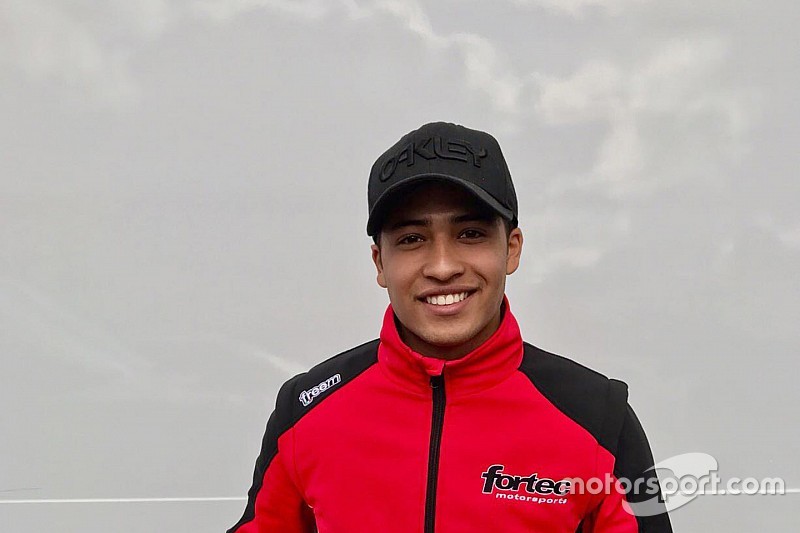 Manuel Maldonado, the cousin of Formula 1 race winner Pastor, will compete in the BRDC British Formula 3 Championship this year.

Manuel was the relative carried out of the Williams garage by his cousin when a fire broke out on the Sunday of the 2012 Spanish Grand Prix, just hours after the older Maldonado had won the race.

The Venezuelan will race for Fortec in British F3 and completes its line-up, the team having previously signed Ben Hingeley and British F4 graduate Nicolai Kjaergaard for the 2017 season.

Maldonado drove one of Fortec’s Tatuus F3 cars before completing the deal, having previously tested its F4 machinery.

"It's a great opportunity for me to have signed with Fortec, I have worked with them in the past and I am very happy to be here," Maldonado said.

"I know that we can develop well together. Now we keep preparing hard for the upcoming season and it's an honour for me to represent my country Venezuela in a British championship."

Fortec's team manager Russ Dixon added: "We are very pleased to welcome Manuel to the team for the season ahead, and also to have completed our line-up for 2017 BRDC British F3.

"Manuel is a talented young driver and we are looking forward to helping him progress throughout the year."

The 17-year-old is the second driver this week to confirm his participation in the 2017 championship, with South African Callan O’Keeffe having joined Douglas Motorsport.