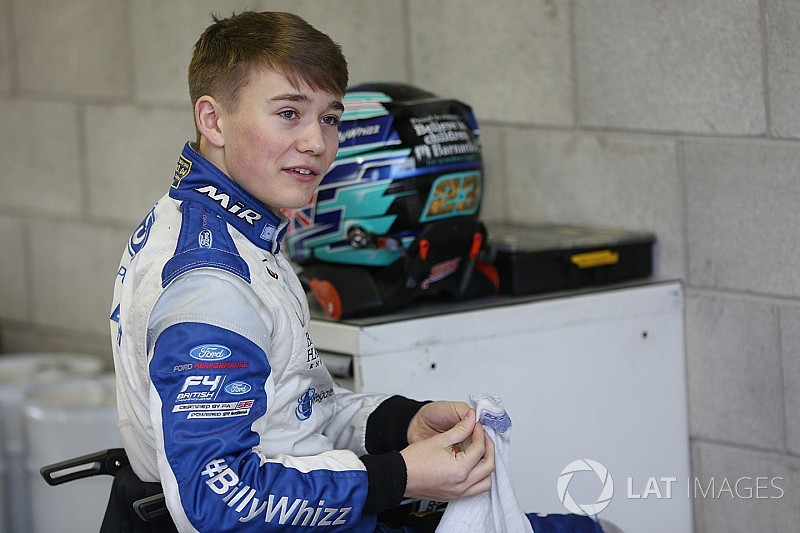 Billy Monger believes he is “not too far away” from securing a return to racing in the BRDC British Formula 3 Championship this year after completing more testing with Carlin.

Monger had his first run in a single-seater last week after suffering amputations to both of his legs following a horrific crash in a British F4 race at Donington Park last April.

He had a first test with Carlin at a snowy Oulton Park earlier this month and has also been on track at Brands Hatch as he works towards a deal to race in the series.

“I don’t think we’re too far away, I’ve got a few more sponsors to find,” Monger told Motorsport.com.

“It’s a bit overwhelming to think how far we’ve come but I’m grateful for the team for giving me the opportunity to show what I can do.

“It’s going well, I’ve been enjoying it. It’s a new car and new controls but I’m getting used to it.”

Monger has been testing in a specially-adapted British Formula 3 car after working with the series to make the alterations.

“I’m braking with my [prosthetic] leg still and the rest of it is on the steering wheel,” he explained.

“The one thing that has really moved place is the throttle which is now on the left side of the wheel.

“On a normal car you would change [gear] up on the right side and down on the left but on mine they’re both on the same side.

“I’m doing more testing than I would’ve done if I hadn’t had my accident in terms of figuring out the controls.”

Since the crash Monger has only tested in Fun Cup machinery – to get his racing licence back – and has also performed in a stunt driving display at the Autosport International show.

“It was a big step up [getting in single-seater],” he added.

“I did some testing in a Fun Cup car and I’ve been doing a bit of stunt driving which was completely different for me but it was good to get back in the [single-seater] car. I’m back where I want to be.”