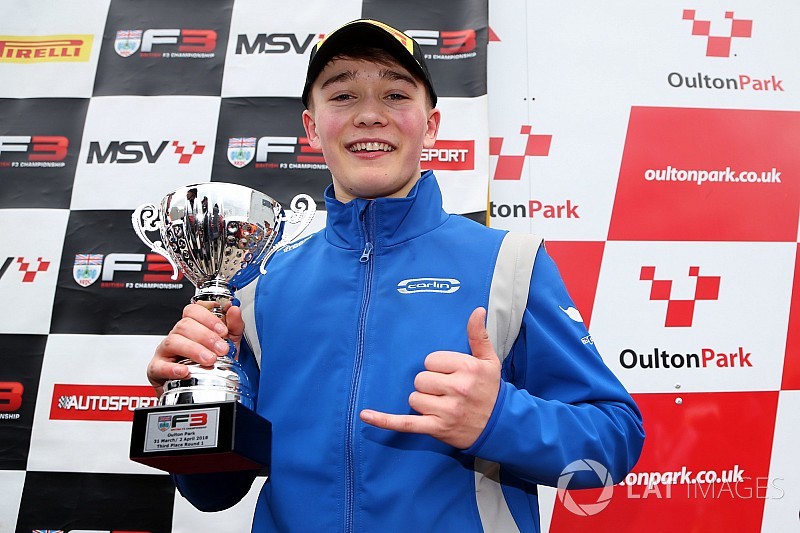 Billy Monger scored a podium finish in the opening race of the new BRDC British F3 Championship season at Oulton Park on Saturday.

Making his competitive racing return after a horrific British F4 crash that led to both his legs being amputated last year, Monger qualified in a strong fifth place, just over half a second off pole.

With polesitter Clement Novalak and fourth-placed Krishnaraaj Mahadik dropping back after making contact on the opening lap, Monger was promoted to third place - and held on to the spot for the rest of the race despite coming under pressure from fourth-placed Tom Gamble.

Monger's Carlin seat is guaranteed only for this weekend's Oulton Park round, with a deal for the full BRDC F3 season yet to be agreed.