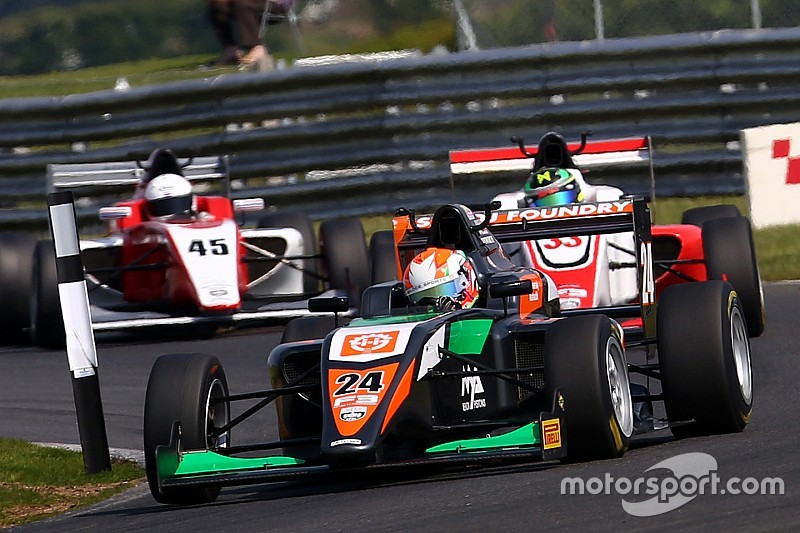 Mahadik made a blistering getaway at the start of Race 2, jumping from eighth to third place on the opening lap.

He passed second-placed Arvin Esmaeil on the following lap and then set about chasing race leader Manuel Maldonado.

Within a matter of few laps, he brought down the deficit from 1.8s to just 0.5s, putting him in a position to take over the race lead.

However, despite putting pressure until the very last lap, Mahadik couldn’t quite reel in Maldonado and had to settle for the runner-up position.

It was Mahadik’s second-ever podium finish in British F3, his previous rostrum result coming in form of a victory at Brands Hatch last year.

Race 1 podium finisher Kush Maini had contrasting fortunes to that of Mahadik.

Since the whole grid was reversed for Race 2, Maini had to start near the rear of the pack in 16th.

He managed to catapult up to 11th on the opening lap and then pass even more cars to run as high as seventh, only for a left-rear puncture to drop him out of contention.