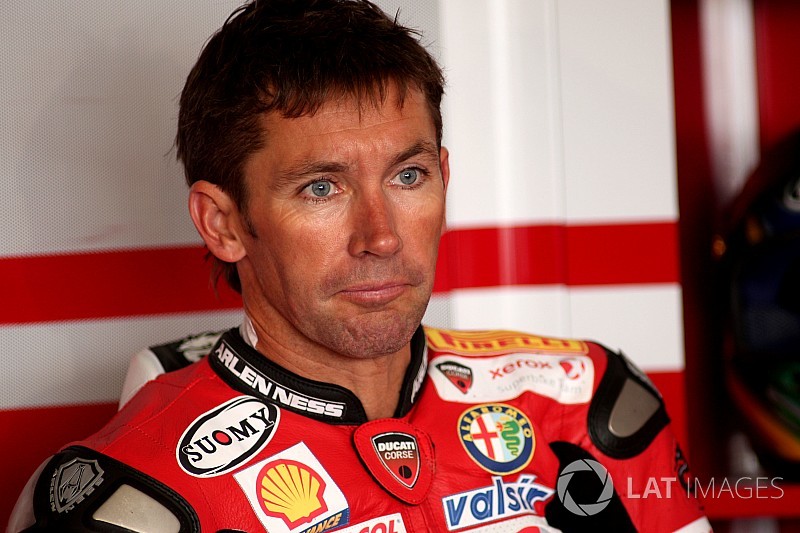 The 48-year-old will ride a Ducati 1299 Panigale R Final Edition for the DesmoSport squad he co-owns with Ben Henry.

It will be Bayliss' first full season of racing in a decade, and his first competitive outing at all since his two-round cameo in World Superbikes at the start of the 2015 season.

It'll also be a chance for him to finally win an Aussie Superbike crown, having twice finished runner-up in the series early in his career before heading to Europe.

According to Bayliss he went close to joining the series midway through this year to replace injured rider Callum Spriggs, but he ultimately elected to wait for next year.

“Initially, I did want to see another young guy on the bike but after I rode it, I felt that I needed to contest the championship and try and win myself the elusive Australian Superbike title,” said Bayliss.

“I definitely feel like I have some unfinished business.

“I have a bit of work to do in terms of fitness but after testing the bike and running it at the Adelaide Motorsport Festival I feel I am definitely up to the task."

Ducati Australia and New Zealand CEO Warren Lee said getting Bayliss back on a bike is a big coup for the series.

“We’re naturally all super excited that Troy has decided to race again on a Ducati Superbike and in the ASBK for 2018,” said Lee.

“When he was racing in the World Championships and since returning to Australia, Troy has always been such a great ambassador for Australia and our motorcycle sport and industry. His passion for motorcycling and 'putting back in' attitude is why he is Australia’s and one of the world’s most popular and liked riders.

“I’m sure everyone can’t wait to see him back out there racing next year in the ASBK with the DesmoSport Ducati Team on board the beautiful Panigale R Final Edition."

The 2018 ASBK series kicks off at the WSBK round at Phillip Island next February.

From the Head Trauma Unit to the Australian GP