ULSTER GRAND PRIX Following on torrential rainfall, organisers were left with a difficult decision to cancel today's Ulster Grand Prix at the Dundrod circuit in Northern Ireland. Despite early hopes of the weather improving and the organisers ...

Following on torrential rainfall, organisers were left with a difficult decision to cancel today's Ulster Grand Prix at the Dundrod circuit in Northern Ireland.

Despite early hopes of the weather improving and the organisers delaying proceedings until just after lunch, Clerk of the Course Noel Johnstone confirmed that despite his best efforts to try and postpone racing until tomorrow, it wasn't possible and announced the cancellation of this year's races.

It meant disappointment for Hydrex Bike Animal Honda rider Guy Martin who has had a less than successful season this year and the Ulster GP was his last hope of the big win on the roads.

"I've never seen so much water in my life. There's nobody to blame apart from the good old British summer. The organisers did as much as they could to get the races on but it was never going to happen. I'm bitterly disappointed for myself as this would have been a good chance to have boxed off a big win this year, but I'm equally disappointed for the fans who turned out in their thousands and got absolutely drenched hoping to see some action. It wasn't very good weather for bikes, but it was most certainly good weather for ducks" said Guy, a point echoed by team owner Shaun Muir.

"It's disappointing all round after all the hard work that has gone in by both the team and the organisers but there was absolutely nothing we could do because it was impossible to race in those conditions. You have got to feel sorry for Guy who was really up for this race after winning here for the past couple of years and I feel he could have had a big result here. It's been a bad weekend but hopefully we can all bounce back from this and we now need to concentrate on the job in hand at Cadwell next weekend."

Martin, along with team mate James Ellison will be in action at the ninth round of the Bennetts British Superbike Championship at Cadwell Park over the August bank holiday weekend with Guy threatening to put in a late entry in the CJ Fund cycle race on Sunday evening! 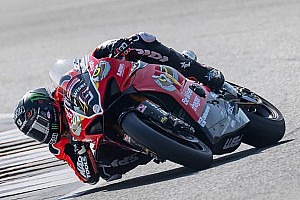 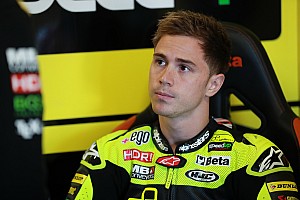