Chennai-born Mohammed Mikail may be just 14-year-old, but the potential that he has shown so far has convinced his bosses at Honda India that he has a long future ahead.

For a country with the world’s largest two-wheeler market, lack of success in bike racing is quite demoralizing.

Yes, there has been a revolution of sorts when it comes to cross-country rallies in recent years, but Indian riders have failed to make the same impression in circuit racing outside India.

The problem stems from the fact that there are barriers to entry in two-wheel racing in India. In particular, the FMSCI has set a minimum age limit of 13 for professional riders - compared to 8 for karting in a sanctioned championship.

This means that potential Indian riders are not able to get into professional racing as early as their international counterparts are. As such by the time they hit the track for the first time when they turn 13, they already have a lot to catch up - while the international riders hone their skills even further.

There have been talks about FMSCI lowering the age limit, but until then one can’t expect an Indian rider to compete in a truly international two-wheel championship. Or can we?

Mikail has set an example for his fellow Indians to follow. Under the guidance of his uncle, the Chennai teen started riding as early as 10 on pocket bikes, even making two trips to Malaysia to compete professionally and get a headstart.

“My uncle has raced on cars so it was a little bit easy for me to get [into racing],” Mikail told reporters including Motorsport.com India. “He knew some basics. I was riding since 10 years old on track with the riders.

“I started with pocket bikes. And then started racing with Honda. My first competitive race was a pocket bike race. Not here, I raced in Malaysia.

“It was only two times, I only raced two times. The first time my bike wasn’t performing, it was really bad. I finished last but I tried my best. The second race I was competing with them in the top 10s. That was the last race I ever raced.” 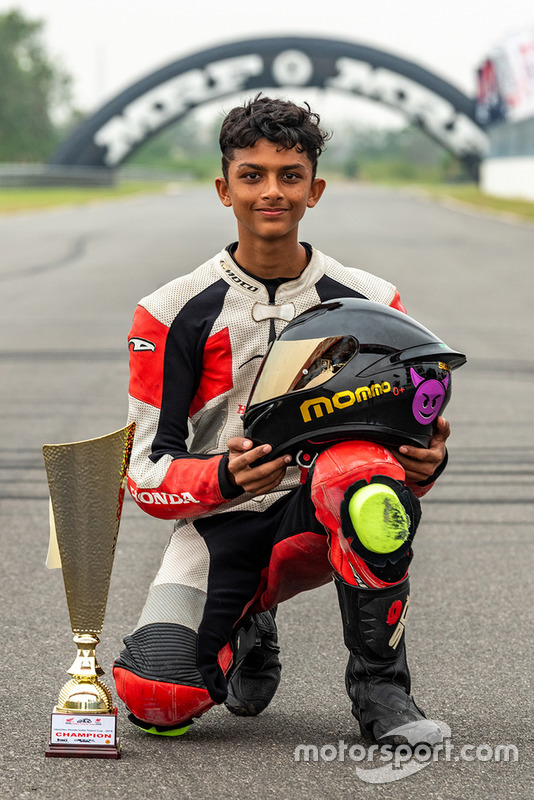 Mikail’s uncle then introduced him to the Honda India Talent Hunt, an annual nationwide search for India’s next racing star.

Mikail was selected for the programme in 2018 and subsequently got the chance to race in the Honda India Talent Cup.

The series offered him his first opportunity to race on a big bike - in this case the race-spec Honda CBR150 - and it took him little time to get accustomed to it.

With a slew of victories, Mikail powered to the title in his debut season, becoming the series' youngest champion.

Impressed by his performance, the bosses at Honda chose to hand him his international break in the Thai Talent Cup in 2019.

The Thailand-based series uses the Moto3-spec Honda NSF bike, which is significantly faster than the production bike-derived CBR150 he raced in India.

However, his bosses have faith in his ability - particularly so because he raced on slick tyres which MRF has introduced in India in recent years.

“MRF has come and developed the slick tyres which we are using in National Championships and I could see a difference when [the riders] come on racing tyres, how confident are they,” Honda India’s Prabhu Nagraj told Motorsport.com India.

“I’m more confident about Mikail and Kritik [Habib] because of that because in the first year of racing they have been racing on slick tyres with a machine which is modified to come closer to a racing machine.”

Mikail will get to test his 2019 bike shortly before the new season begins in April. While there’s no guarantee that he will get instant success in the series, he will certainly reap the benefits of starting early.

And if he does go on to have a successful career in two-wheel racing, that will be the perfect wake up call for the federation to lower the age of entry. 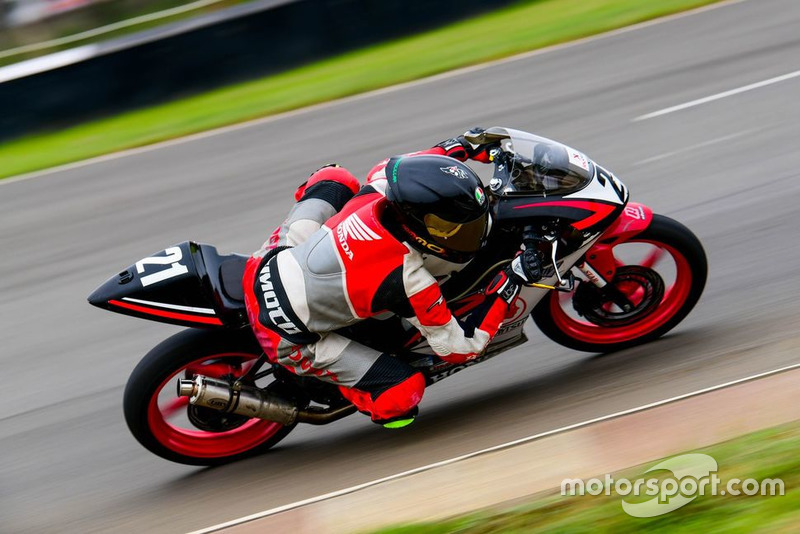