Superprestigio cancelled due to lack of MotoGP interest

The 2018 running of the Superprestigio dirt bike event has been cancelled due to a lack of "charismatic" riders from MotoGP signing up.

Traditionally the Superprestigio has taken place in Barcelona's Palau Sant Jordi, although the 2018 race was to be the first to be held in Paris, ostensibly in a bid to capitalise on Johann Zarco's popularity.

The sixth running of the event was scheduled to take place on December 15 at the Paris La Defense Arena.

However, in a brief press statement, Superprestigio organisers said that this year's race will not take place and that the next running will be held in 2019.

They cited an inability to attract other MotoGP riders to join Zarco, who made his Superprestigio debut in Barcelona last year, as the main reason for the cancellation, in order to "not disappoint the public".

Five-time MotoGP champion Marc Marquez is a two-time winner of the Superprestigio, but opted to skip last year's race and was not expected to take part this year as he is set to undergo surgery in the winter.

Aleix Espargaro, Tito Rabat, Alex Rins, Alex Marquez, Lorenzo Baldassarri and Joan Mir are among the notable names from the grand prix world to have taken part in past years. 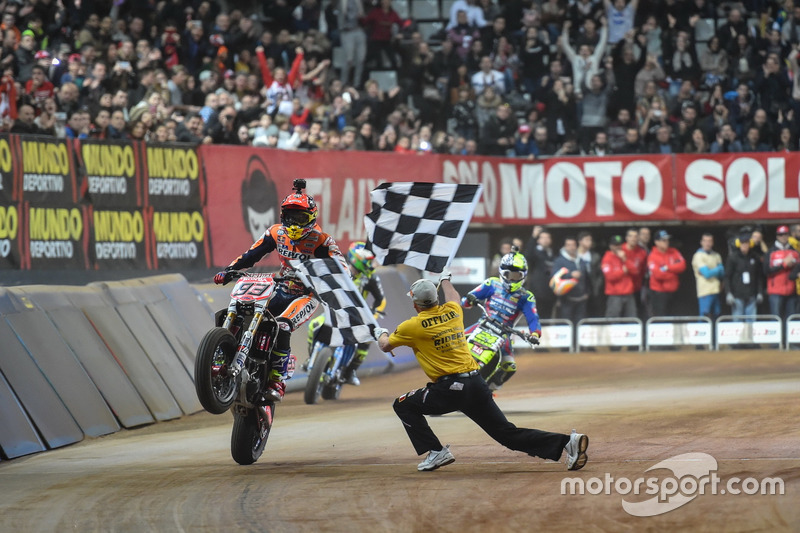 Hamilton says sticking to one-stop strategy was his "only option"