A Snetterton paddock fire caused the Ginetta GT Academy race to be red-flagged and the British GT qualifying session to be delayed.

A vehicle in the support paddock belonging to Ginetta outfit Alastair Rushforth Motorsport caught fire during the race, which was promptly stopped while the fire was brought under control.

Team personnel from the British GT and the newly re-named GB3 championship formerly known as BRDC British Formula 3 were among those in attendance at the blaze.

Three fire engines later appeared at the scene and paddock personnel were ushered away and into an exclusion zone while the fire was treated.

A Snetterton circuit statement said: "We can confirm there’s been a vehicle fire in the paddock, which has temporarily suspended racing.

"It’s now under control thanks to the professionalism of the marshals, first respondents and fire brigade.

"We will issue further information on the event timetable in due course."

Later on Saturday evening, a further statement from the circuit confirmed that there were no serious injuries in the blaze: "We’re pleased to report that there are no casualties following an off-track truck fire in the paddock earlier today.

"We are also massively heartened that offers of hotel rooms, new clothing and awning space by rival operations means that the affected team can continue racing tomorrow." 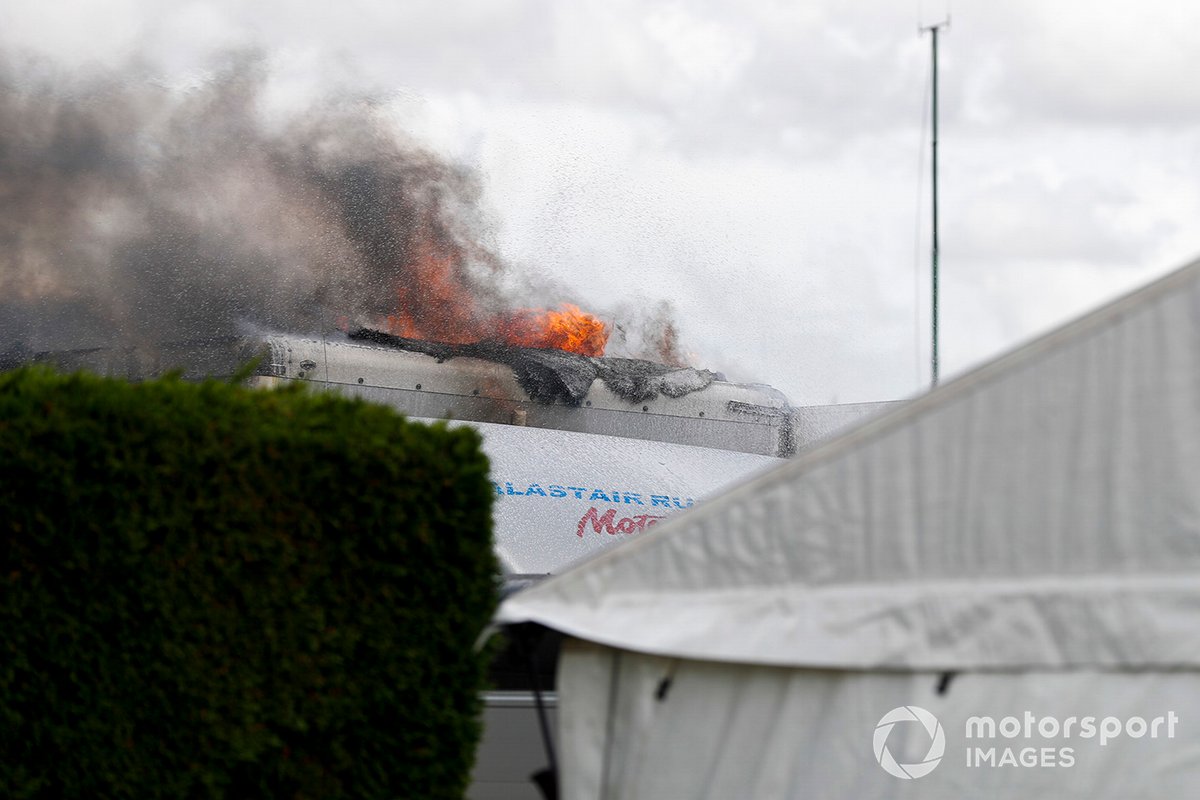 Angus Whiteside won the GT Academy race from Toby Trice by 3.568s, before the red flags were shown after six laps.

Snetterton is celebrating its 70th anniversary this weekend, with a 500cc Formula 3 race organised by the 500 Owners Association among the one-off additions to the race meeting schedule.

Motorsport.com understands that there were no serious injuries in the blaze.

British GT qualifying will resume at 5pm, followed by one of the planned two Elise Trophy races.

The first of the planned two 500cc F3 races and the first of three Ginetta GT5 Challenge races have been postponed pending a further announcement from event organiser MSV. 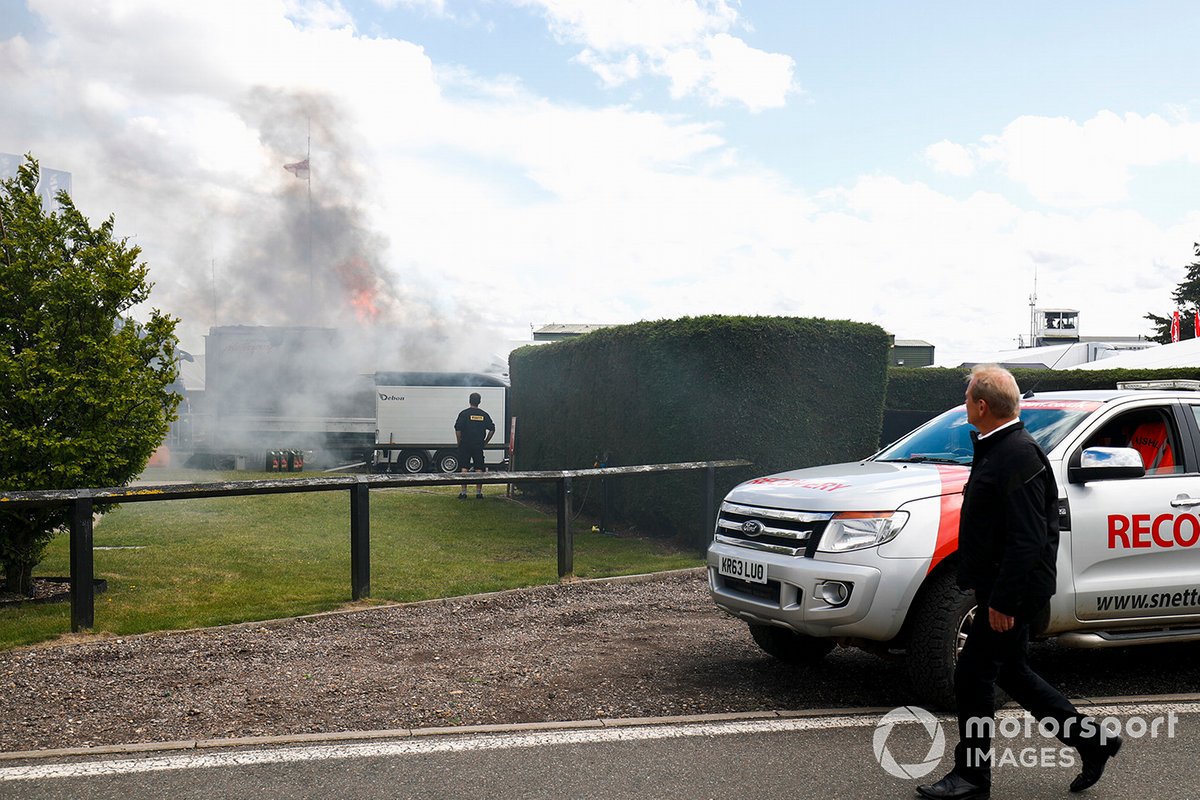 How a BTCC veteran conquered the summit in British GT