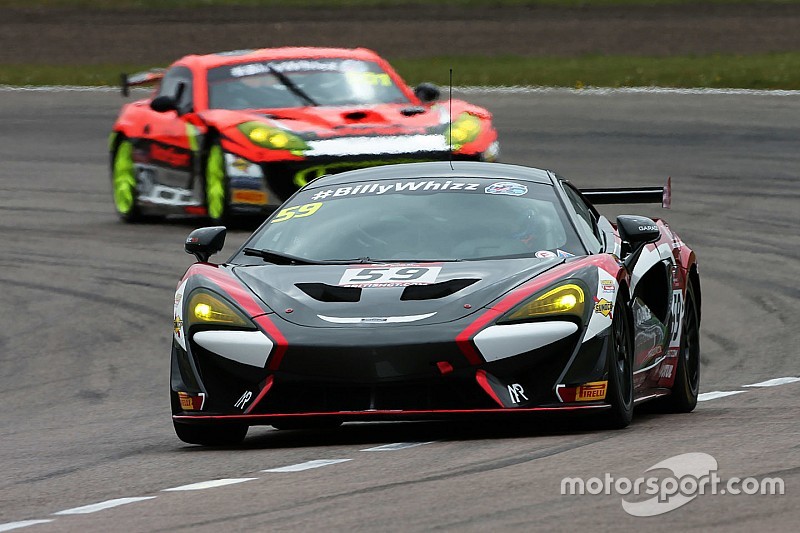 The #59 Garage 59 duo of Akhil Rabindra and Dean Macdonald scored another GT4 Silver Cup podium in the second round of British GT championship at Rockingham.

The Indo-British duo qualified sixth in class and 10th among all GT4 runners on Saturday, putting themselves in a position for a strong result in Sunday’s two-hour race.

Karting graduate Macdonald drove the McLaren 570S GT4 in the opening stint, propelling the car to seventh in the overall GT4 category while retaining his sixth position in class.

When the pitstop window opened, the Brit handed the car to Rabindra who came out on track in fourth place - gaining two places in the pitstop sequence.

From thereon, the British F3 convert kept pace with the frontrunners and was elevated to third in GT4 Silver class (and fourth overall) when the #55 Ginetta retired from the race.

With that result, Rabindra and Macdonald made it two class podium in three races (the opening round was a double-header). They currently hold the third spot in the GT4 Silver Cup standings with 47.5 points to their name.

Rabindra's sister #100 Garage 59 McLaren finished second after a troubled season opener, while the final spot on the GT4 podium went to #501 Optimum Motorsport.