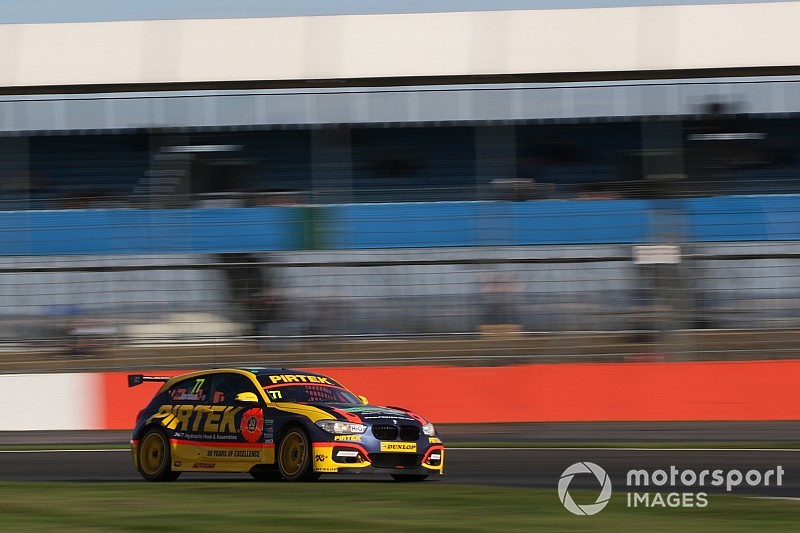 2013 BTCC champion Andrew Jordan will remain in the series this year at the wheel of a West Surrey Racing BMW.

The 29-year-old joined the team in 2017 and finished ninth in the standings, before improving to fifth last term despite some poor reliability.

He won one race in 2019, when he was promoted to victory at Knockhill after the top two, Ash Sutton (Subaru) and Tom Ingram (Toyota), were excluded for ride height infringements.

Jordan will run a Pirtek-backed version of the rear-wheel-drive car alongside the Team BMW-entered versions of Tom Oliphant and reigning champion Colin Turkington.

Jordan will remain with engineer John Waterman for the fresh campaign, and he said that was important for him.

“The continuity is key,” said the 20-time BTCC race winner. “I feel very happy at WSR. Whenever you come into a team you feel you have something to prove, and that was the case with me to start with.

“But I am relaxed in the team now and I work well with Colin. The difference in speed with us last year was measured in hundredths and thousandths of a second.

“I lost some strong results through factors outside my control, but you have to take those things on the chin because that is the way motor racing goes sometimes.

“I have learned that you can’t be fastest all the time – even though it hurts because I want to be – but you have to take what you can from it and use that as an education.

Team boss Dick Bennetts said he thought that Jordan would be a match for three-time title winner Turkington over the duration of 2019, which kicks off at Brands Hatch on April 7/8.

“There were some issues where we let Andrew down a little bit last year, but we have been able to see the speed he has,” said Bennetts. “He can push Colin Turkington very hard.

“I really think that AJ is on the radar for major success this season. We have a very strong line-up across the board.”