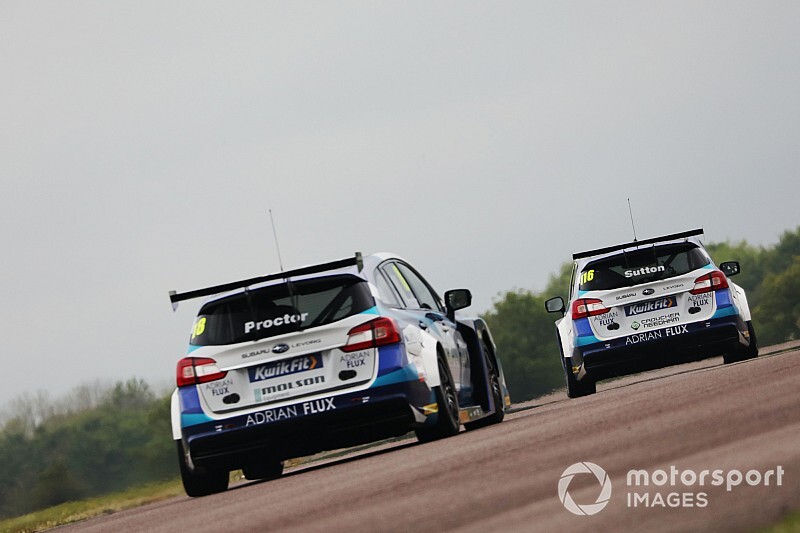 Team BMR has confirmed its split with Subaru, with last weekend's Brand Hatch BTCC finale marking the end of its four-year deal with the Japanese marque.

BMR and Subaru racer Ash Sutton took the Levorg to the BTCC drivers’ title in 2017. The factory team has taken 21 race victories over the last four campaigns and the Levorg drivers have appeared on the podium on 55 occasions.

Subaru joined the championship for its maiden campaign as a factory team in 2016 with the Levorg model, and it began its maiden season with four BMR-run cars for Jason Plato, Colin Turkington, James Cole and team principal Warren Scott. Turkington took five wins on his way to fourth in the points table, while Plato added another win on his way to seventh.

In 2018, Sutton claimed more race wins than any other – six – on his way to fourth in the championship chase, while Subaru was fourth in the manufacturers-constructors’ race.

Sutton took one win and finished eighth in the points this year alongside teammate Senna Proctor, while Subaru was again fourth in the manufacturers-constructors’ competition.

Team bosses say that changes to the technical regulations of the series mean that it is only possible to run the flat-four-style boxer powerplant in the Subaru Levorg.

Also, BMR says that changes in the aerodynamics rules of the BTCC mean that the estate-shaped car does not have the same advantages as some of the smaller models.

Team principal Warren Scott paid tribute to the collaboration with Subaru which helped the pair to be regular race winners over the last four seasons.

Alongside the title-winning campaign in 2017 and fourth place in the 2018 drivers’ chase, the Levorg has scored nine pole positions and taken 15 fastest laps.

“We have been on an incredible and highly successful journey with Subaru in the BTCC,” said Scott. “It was a unique car when we built it and we have taken the team and the Levorg to the very pinnacle of UK motorsport.

“The landscape of the BTCC has shifted over the course of the past four season and that means that we have both evaluated where we are at right now.

“It has been a pleasure to represent Subaru and to share the spotlight of success with the brand has been a fantastic achievement for us both.”

BMR Racing is committed to a future in the BTCC, and Scott said that plans about the squad’s forthcoming activities would be revealed soon.

Plato has "mojo back" after 97th BTCC win

BTCC to trial shootout qualifying in 2020