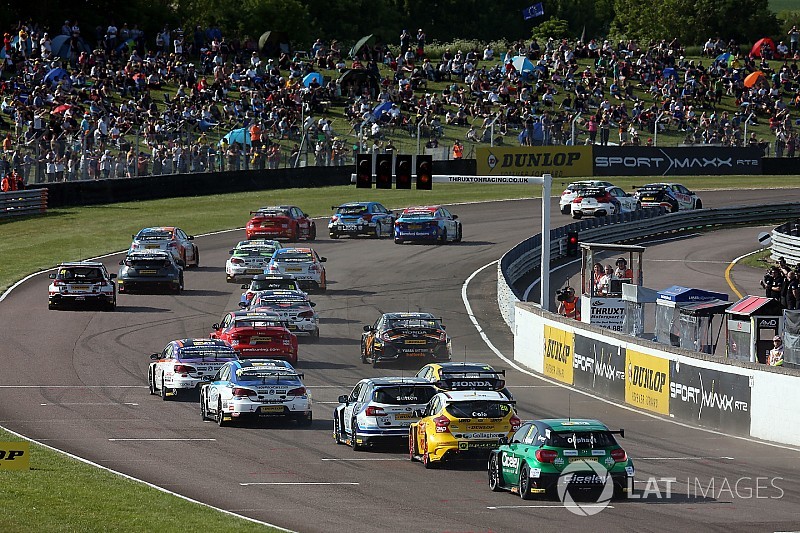 BTCC series director Alan Gow has expressed a desire to reduce the size of the grid to 26 cars in future as the category is currently “bursting at the seams”.

A total of 32 cars participate in the series presently, and each entry has a TOCA BTCC Licence [TBL], which secures their place in the line-up. This system was implemented for the 2014 season.

TBLs can be sold or leased between teams with the approval of TOCA. However, if a team defaults on the conditions of the TBL, which include mandatory appearance at every round and stipulations over the number of driver swaps during the year, then the TBL is forfeited.

Gow said that the current 32-car line-up meant the BTCC was at its very limit, and he had long held a desire to slash that number by six.

“In my honest opinion, I would prefer for there to be less cars and in fact I've been telling the teams over the last couple of years that I want to reduce the grid size," said Gow.

"Obviously I'm not going to just take a team's TBL from them, so I have been hoping it will be achieved through natural attrition.

“Each year, the teams bring more and more equipment with them and you only have to look at the paddock areas – at some of the smaller venues, we are simply bursting at the seams.

“High grid numbers can also create problems on-track too: for example on the tight Indy track at Brands or at Knockhill, with the cars so evenly competitive there are just too many cars fighting for the same piece of track.

“So a more consolidated entry would be better for everyone in the long run.”

Daniel Lloyd will return to the BTCC for the remainder of the season in a BTC Norlin Honda Civic as James Nash has quit the series.

Lloyd drove a Civic for the Eurotech Racing team in 2016 for three meetings and scored a sixth placed finish at Oulton Park. He then switched to the factory-backed Triple Eight Racing-run MG team for 2017, but withdrew after four meetings due to disappointing results.

Nash will take no further part in the 2018 BTCC season due to “personal reasons”, having returned to the series after a six-year-absence this year.

“I believed racing in the UK would allow me more time to commit to my work, personal and race life," said Nash. "I have enjoyed a lot of success in international racing and have been very disappointed with my current level of results.

"It is because of all these factors, I have decided to pull out of BTCC until the timing is once again right for me."