Adam Morgan led all the way from pole position to take his and Ciceley Motorsport’s first British Touring Car Championship race win with the BMW 330i M Sport at the Brands Hatch finale.

By:
Marcus Simmons
Translated by:
Charles Bradley
Listen to this article

Morgan was a multiple race winner with Ciceley’s Mercedes A-Class, which was pensioned off after the end of last season, and made the most of being drawn on pole in the random reversed-grid draw.

Goff went into Paddock Hill Bend too hot on the third lap, allowing Moffat to slide the Infiniti up the inside and gain second. Goff then set to work, and carved his way up the inside of Moffat into Clearways on the 10th lap of 24 to regain the runner-up spot.

At this point, Morgan was 1.219 seconds in front – a series of three quick laps from the leader prevented Goff from ever having any hope of closing the gap, and the BMW crossed the line 1.541s in front. 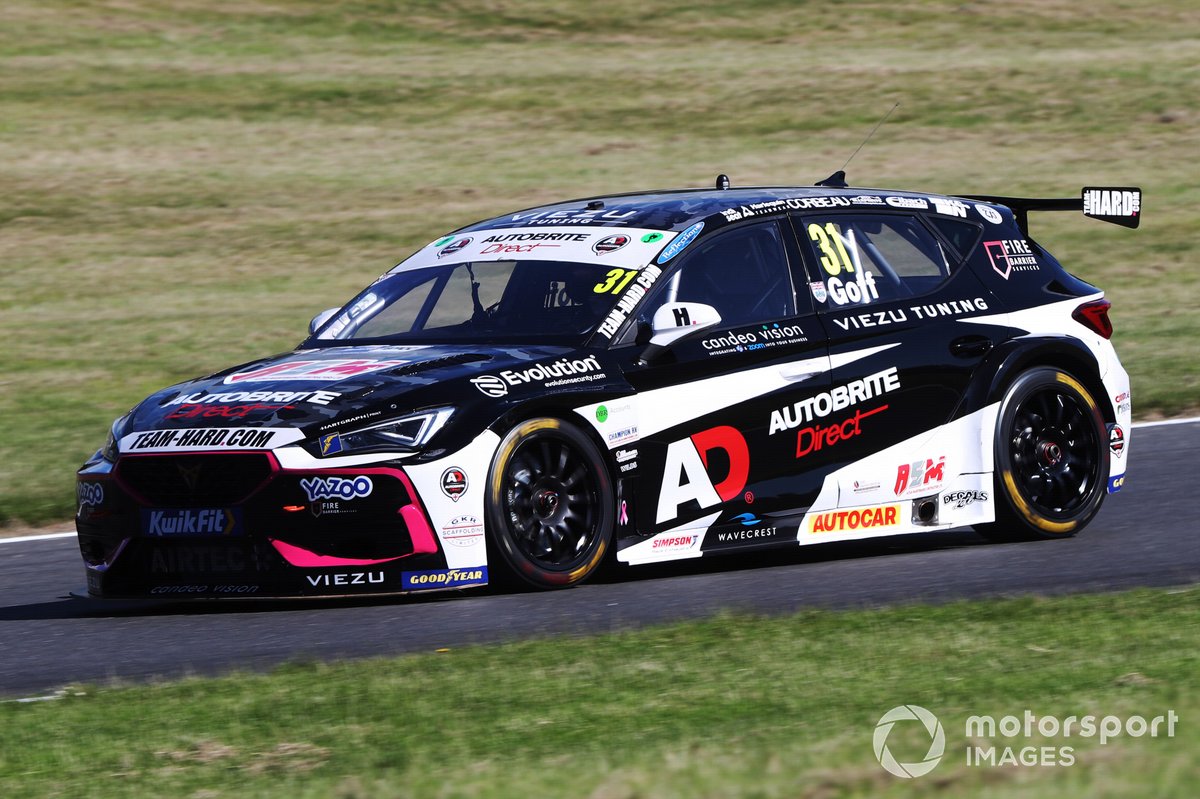 “Unbelievable,” said Morgan of his first victory in rear-wheel-drive BTCC machinery. “When we started this morning down in P21, our goal was for a race-three result.

“I had the luck of the draw with the top 12 reversed, but I’m made up for everyone at Ciceley. I had two massive lock-ups to make it even harder for myself, but I had my engineer Steve [Farrell] on the radio telling me the gap.”

Once Goff had got through to second, Moffat found himself falling away and under pressure from Jason Plato’s Power Maxed Racing Vauxhall Astra.

Time and again Plato got close to the Infiniti, but the boxy Astra didn’t seem to have enough puff on the straights to make a move. Finally, Plato got inside at Clearways on the final lap, but Moffat just held on to bag third place by 0.012s in the drag race to the line. 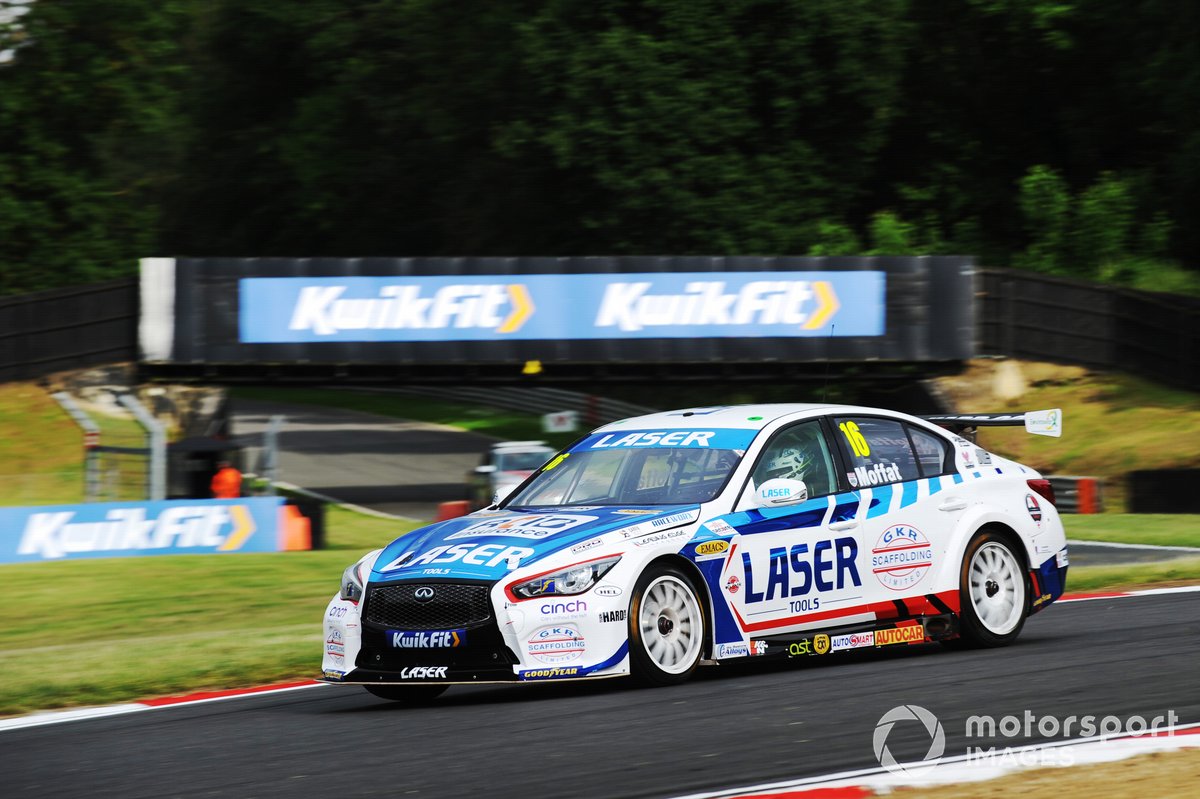 Plato spent much of the race with the BTC Racing Hondas of Senna Proctor and Josh Cook just behind him, and the second PMR Vauxhall of Dan Lloyd sitting on their tail.

Cook got through to grab fifth from Proctor at Druids on the penultimate lap, while Rory Butcher also joined the party after a tough day with the Speedworks Motorsport Toyota Corolla.

Butcher carved his way through from 14th on the grid, setting fastest lap on the way, and launched down the inside of Lloyd for seventh on the final lap at Paddock.

Lloyd put two wheels in the gravel, and that allowed Ash Sutton, carrying 66kg of ballast on his LTR Infiniti, to nip through for eighth and regain the championship lead.

The top 10 was completed by Chris Smiley’s Excelr8 Motorsport Hyundai i30 N, while team-mate Tom Ingram, with 75kg of ballast from his second-race win, took 12th, falling behind Sutton in the championship fight.

Just behind Ingram finished Jake Hill from the back of the grid in his MB Motorsport Ford Focus; the struggling Colin Turkington, who scored his first points of the day in his West Surrey Racing BMW 330i M Sport; first-race winner Tom Oliphant’s WSR BMW; and the recovering Gordon Shedden (Team Dynamics Honda).