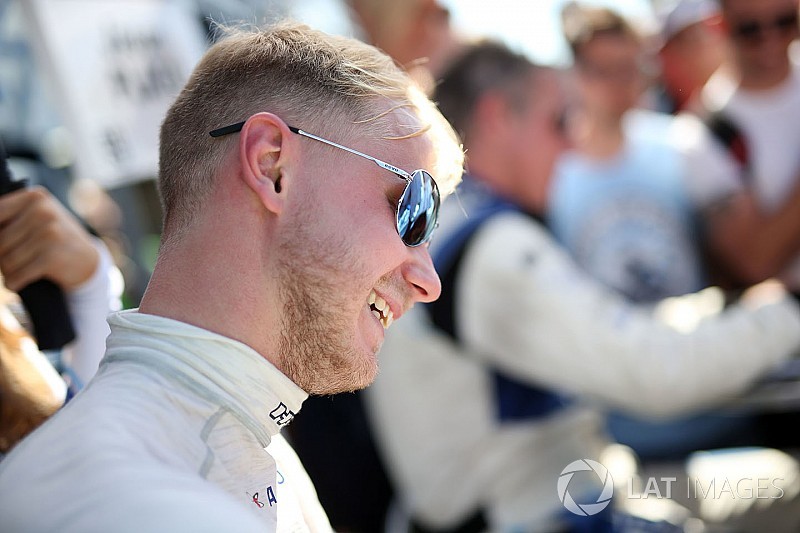 Ash Sutton has lost his third place finish from the second BTCC race at Silverstone and will start race three from the back of the grid.

Team BMR driver Sutton was classified third after passing title rival Colin Turkington at Luffield on the final lap of the second race.

Sutton had clung to the outside line through the previous Brooklands turn, and was on Turkington’s inside on the run to the corner.

Turkington closed the door on his rival, but Sutton kept his nose up the inside for Luffield and the pair made contact, forcing WSR BMW driver Turkington wide.

Sutton dived through in his Subaru Levorg and resisted Turkington by 0.175 seconds over the line to grab third.

Those positions were reversed after the race, however, with Sutton issued a time penalty that dropped him behind his rival in the classification.

As the offence constituted Sutton’s third offence of the season, he has also been moved to the back of the grid for Sunday's final race.

Team BMR appealed the decision, which was heard before the final race, but the original ruling stood.

Sutton has a provisional eight-point lead over Turkington in the drivers' standings as a result of the position change.