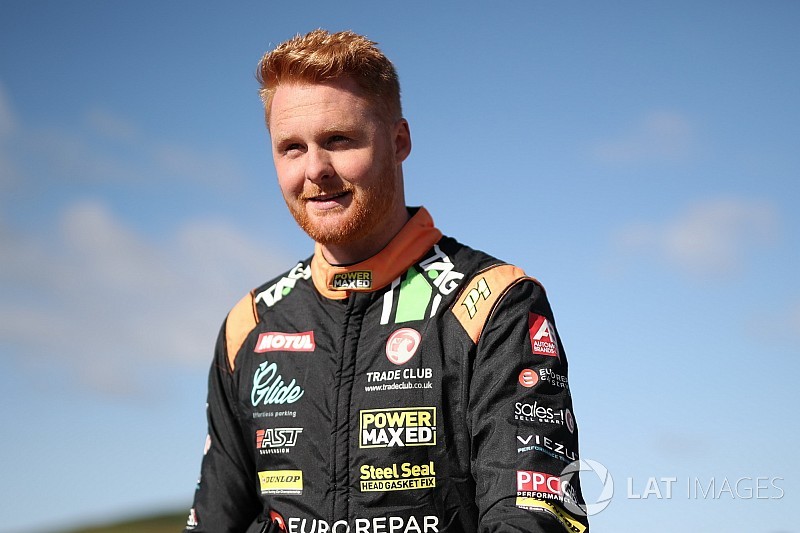 BTC Racing has confirmed that Josh Cook will complete its line-up for the 2019 BTCC season.

Cook took his first steps in the championship with Power Maxed Racing in a Chevrolet in 2015 before switching to MG. Last term, the 27-year-old broke his winning duck on his return to PMR in a Vauxhall Astra.

“[Joining BTC Racing] is a really exciting opportunity for me as there is huge potential for us to get some great results for BTC Racing in 2019 and beyond,” said Cook.

“The Honda Civic is a car that I’ve wanted to race for some time and BTC Racing is undeniably a team that has made an impressive entry to the BTCC in the last two years.

“Having met the team at their new facilities in Brackley, it’s already very clear that we all share the same objectives and desire to succeed this season.

"The team have all the personnel and resources to give me a great chance to be fighting for championship honours this year and give me my best chance to-date at becoming a BTCC champion.”

Team boss Bert Taylor is delighted with the signing and is eagerly anticipating the 2019 campaign with the chances that the move presents for both driver and team and thinks that Cook can scale the title.

BTC won its maiden race in the category last season when Chris Smiley prevailed at Rockingham, and the outfit finished ninth in the teams’ standings.

“I’ve known Josh from day one of his touring car career, where he has consistently shown the same passion and desire that we have here at BTC Racing to succeed,” said Taylor.

“He’s already a proven race winner and signing him for this season fits the team’s ethos of hard work at every level as we strive for success. Josh has all the credentials to be a future BTCC champion.

“As a team, we love being part of the BTCC. It’s a highly competitive championship, with lots of top-class drivers and teams. We are a small privately-run outfit, but we feel we can improve on last year and make 2019 an even more exciting season with our two drivers.”