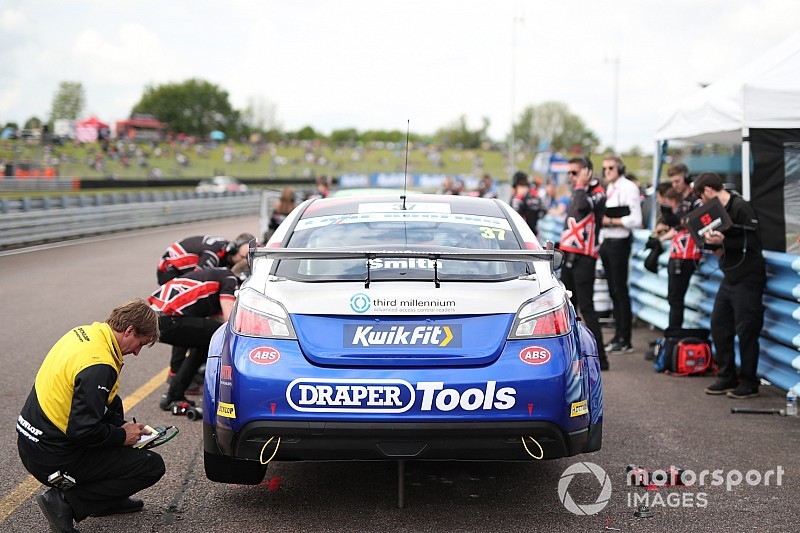 British Touring Car Championship newcomer Rob Smith was barred from taking part in the opening free practice session at Croft as the MG6 racer was found to have broken testing rules.

The 27-year-old Excelr8 driver, who has stepped up to the BTCC from the Mini Challenge this year, took part in a 750 Motor Club Club Endurance series at the North Yorkshire track on June 1/2 in a SEAT Leon Supercopa car. This is against the BTCC regulations, which preclude entrants from running on circuits which have yet to feature on the schedule.

Smith said he had been unaware of the rules when he signed up to do the club event. After a catalogue of problems, including a car fire, he and his two co-drivers finished in 31st place in the SEAT.

“I had read the BTCC regulations, but this rule was in the testing paragraphs,” said Smith. “I knew we weren’t going to do much testing in the touring car, so I hadn’t paid too much attention to it. I hold my hands up, it was a mistake, but I didn’t get too many laps in the SEAT anyway – most of the ones I did were behind the safety car.

“We will see in free practice two how much of an impact on my weekend, but at least my team-mate Sam Osborne has done some laps so the team has some data.”

There are a range of punishments available to championships officials in such a case, which could involve a driver being barred from the entire day’s competition and being forced to start race day from the back of the grid.

In this case, BTCC chief executive Alan Gow decided to deprive Smith of the opening 40-minute session, which was taking place on a newly-laid track surface.

“We decided to stop Smith from taking part in free practice one,” said Gow. “Instead, we gave him the option of watching of watching everyone else learn the track with its new surface as he had already had that opportunity.”