After an interminably long wait, the BTCC is finally back in business this weekend with its annual jaunt to Snetterton and the start of the second half of its 2012 season. It’s an event traditionally bathed in sun and where tens of thousands of East Anglian motor sport fans go mad for their round of the championship, many of them joining the heroic marshals on site and bringing along their tents and barbeques. It all adds to the fixture’s ‘carnival’ atmosphere.

On track, questions abound… will the Hondas return to their winning ways or will Jason Plato, the man to stop them at Croft, have the upper hand at a track on which he always excels? There are plenty of positive noises coming from the privateer Toyota, BMW, Ford and VW camps, too, so expect the action to be scorching in more ways than one. See you there… 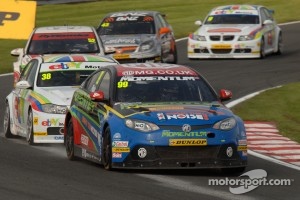 Jason Plato will arrive at Snetterton this weekend with an astonishing wins tally at the Norfolk circuit compared to his rivals. Nine of his record 70 race victories have been achieved there with Gordon Shedden having racked up three, Mat Jackson and Matt Neal two apiece (the reigning Champ hasn’t won at Snetterton since 2006) and Tom Onslow-Cole one (his first win in the BTCC in 2007). Of the makes, Vauxhalls (meaning Triple Eight Race Engineering which now runs the factory MG squad) have achieved the most first places with 12 in all. 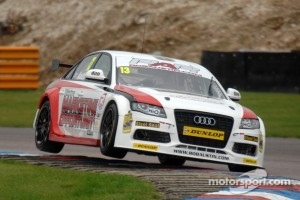 Rob Austin, Lea Wood and local star Ollie Jackson all got in some valuable extra ‘tractor time’ ahead of Snetterton’s BTCC round when they took take part in a madcap farmyard driving challenge earlier this week.

All change at HARD., Thorney 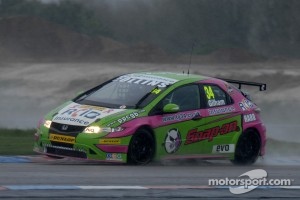 Tony Gilham will be a busy boy this weekend at Snetterton. Firstly, Robb Holland (pictured) will make his BTCC debut for Gilham’s Team HARD. squad, becoming the first American in almost 40 years to contest the BTCC when he lines up in the outfit’s S2000-spec Honda Civic. Holland, a former front-runner in North America's SCCA World Challenge touring car series, has impressed in initial testing. Secondly, not only will Gilham help oversee the Colorado racer's weekend but will also switch to a newer NGTC-spec machine when he replaces John Thorne in the Thorney Motorsport team’s Vauxhall Insignia. 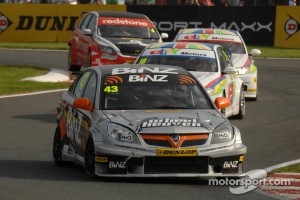 You thought the Brownlee brothers were fast in the Olympic triathlon… here’s a pic of Lea Wood with his brother and BINZ Racing team manager Greg after a recent six-mile cross-country slog with the Wye Valley Runners in their native Herefordshire. Lea, who only joined the club six weeks ago, finished 51st out of 116 runners in a time of 40mins56s and Greg a superb third in 33mins! Don’t rule out an appearance at Rio 2016… (Note from Ed: Lea, get a new camera, you look like you're looking into a funny mirror)! 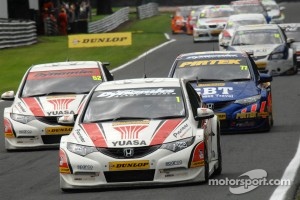 Reigning BTCC champ Matt Neal took a podium finish on his Dominican Touring Car Series debut at the Autodromo Mobil 1 circuit near Dominican Republic capital Santo Domingo. Neal was on the Caribbean island to provide local competitors, racing Honda Integras used by his Team Dynamics outfit to win the BTCC in 2005/06, with technical advice but was talked into contesting one of the two races last Sunday. “I was in the car Gareth Howell raced for us!” he told. “The technical regulations out there are quite open with GT, sports and saloon cars on the grid – in the end I finished third behind Jordi Gene in a SEAT. Victor Gonzalez, one of Toyota’s NASCAR drivers, won in a rather swanky Lexus!” Dynamics race technican Martin Laycock, pictured on the grid alongside Neal's car, also attended. 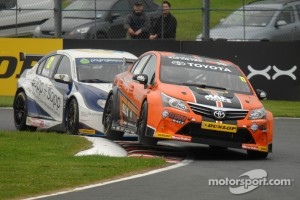 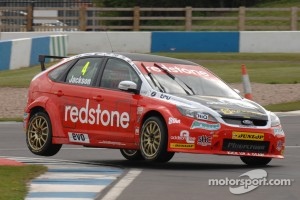 Mat Jackson also starred at the Classic, taking fourth in the under 2-litre historic touring car race. Jackson shared with Henry Mann, son of Sixties BTCC title-winning team boss, the late Alan Mann in whose name the race was dedicated. Jackson’s Ford Lotus Cortina, in iconic AMR red and gold livery, was often on three wheels through the corners, à la Jim Clark in the Sixties! A week before, Jackson had won on his historic touring car debut, sharing a Ford Mustang with Mann at Donington Park… 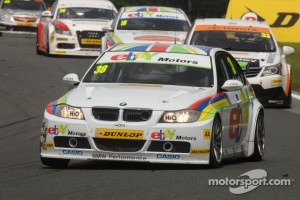 Tom Onslow-Cole won on his APR VW Racing Cup debut at Snetterton last weekend, driving a Scirocco, but was only fifth in the second race after a tyre gamble on a damp but drying track didn’t work out. Rob Austin also took part but mechanical maladies meant he managed just a few laps in total. Meanwhile, over at Spa-Francorchamps in Belgium, Andrew Jordan oversaw his Eurotech team’s participation in the F1 GP circuit’s annual 24-hour sportscar race. Alas, its Mercedes SLS AMG GT3 driven by dad Mike, brothers Godfrey and David Jones and former F1 star Bernd Schneider was out within four hours.