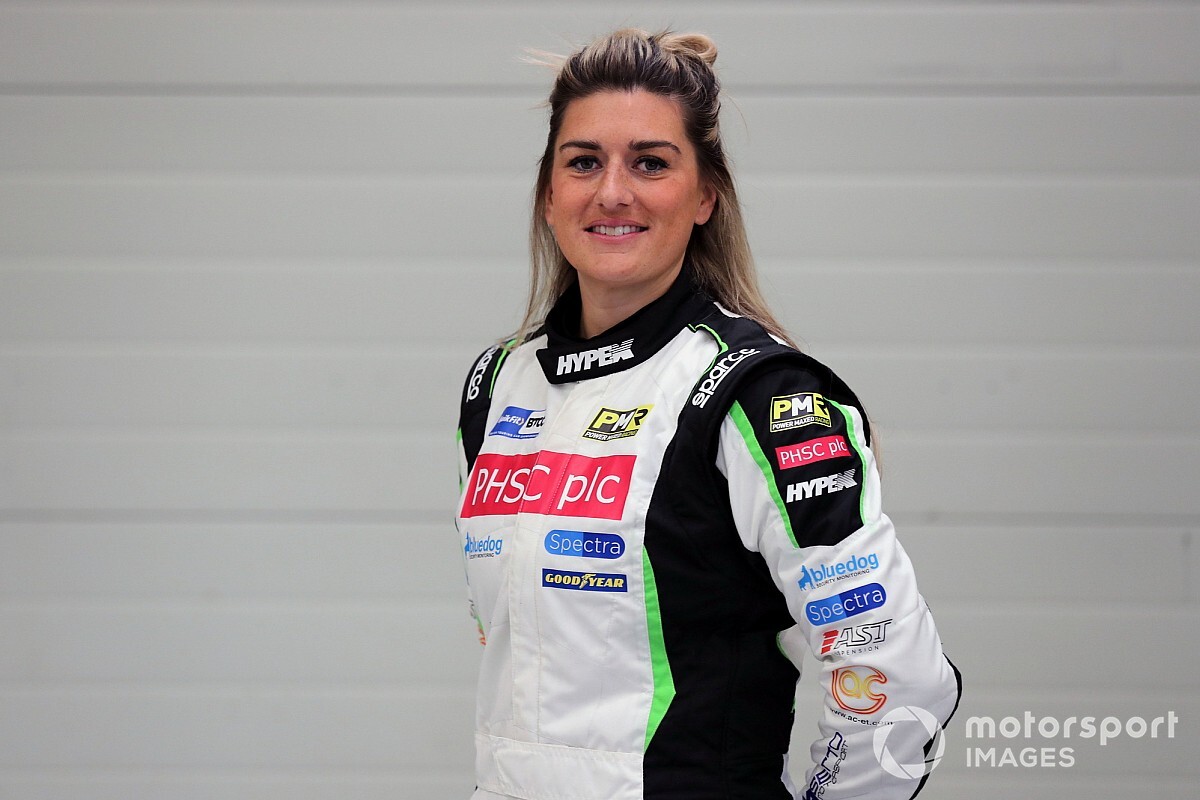 The daughter of early-2000s BTCC Production-class race winner Jim Edwards Jr, she made a one-off debut in the series at Silverstone last September at the wheel of a Power Maxed Racing Vauxhall Astra.

But Edwards has remained close to BTC, and steps into the shoes of Tom Chilton, who has departed the squad after one season to race a Ciceley Motorsport BMW.

"For anyone who watched my debut BTCC weekend last year, they will know this is something I have worked very hard on for a long time," said Edwards.

"The plan for that one weekend was always to make it onto the grid full-time.

"I have worked with the BTCC and BTC Racing over the last year, giving my support and being a real advocate for the team.

"Over the winter, Steve [Dudman, BTC boss] has been a man of his word, very loyal and trustworthy, and gave me this amazing opportunity - it really is what dreams are made of.

"Steve and all the team at BTC have made this happen and I can't tell you how excited I am."

Dudman added: "I am absolutely delighted that we've been able to put a deal together with Jade for her to race her first full season in the series.

"We certainly have high hopes for what Jade can achieve this season with BTC Racing, especially after seeing her do such a professional job both in and out of the car on her BTCC debut last year.

"She's a racer through and through and knows how to get stuck in, which is what touring car racing is all about."