Goff stays on at Eurotech BTCC squad in 2018 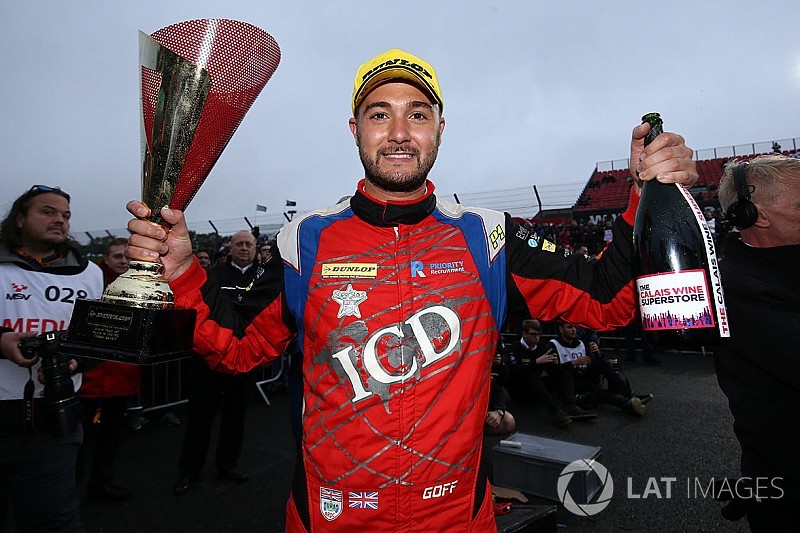 BTCC racer Jack Goff says consistency can help him become a regular winner in the series after resigning with the Eurotech Honda squad in 2018.

The 26-year-old, a two-time BTCC race winner, joined the team last year and took three overall pole positions and a victory at Silverstone on his way to sixth in the standings.

“This will be the first time that I have been with the same team for two consecutive seasons since 2014, and that is a great foundation for me,” said Goff.

“I worked well with my engineer Adam Tanner last year, and from Snetterton in July onwards, we unlocked some real pace from the car.

"We had three poles which proved our Saturday pace, and we were flying on Sundays too.”

Goff scored five podiums in the second half of 2017 to mount a challenge for the Independents Trophy, in which he finished second to Speedworks Toyota driver Tom Ingram.

“We can take what we discovered last year and improve even further in 2018. It is a great team, I feel comfortable with Eurotech and the Honda is a great car,” added the former Renault Clio Cup champion.

“I am very optimistic about the year ahead, and it is great to get this deal done early: usually, I am scrapping about until the last minute for a drive. This is a great feeling.”

Goff’s teammate has yet to be revealed, although it is tipped to be Brett Smith, who took over the seat halfway through last season when his father Jeff was badly injured in a qualifying accident at Croft.

Eurotech Racing will also run the Honda of Matt Simpson.