Jack Goff says he is assessing all options after being unable to land a spot on the 2019 BTCC grid.

The 27-year-old, who has won four races in his six-year BTCC career, finished eighth in the points last year at the wheel of a Eurotech Racing Honda. However, he now faces a season out of the category.

The High Wycombe racer said: “I tried my very hardest, but I was just not able to put together a package for the BTCC in 2019. I want to race and I want to look after my backers and supporters, but it just wasn’t possible.

“I am still a BTCC fan and I will keep a close eye on the series. I will take any opportunity to grab a drive in the future because I have had an incredible six-year journey in the BTCC and I am also a fan."

The former factory MG racer said that he was in the process of looking at all opportunities for the 2019 season, and hadn’t ruled out any drive.

“Logically, the options for me would be in GT racing or in TCR,” said Goff. “I have had discussions with some TCR Europe teams and, although the budgets are cheaper than the BTCC, all of my backers are UK-based and it is hard to get it all to fit together.

“So, at the moment, I am a driver without a drive and I am listening to all offers. I am even good at making coffee and tea if someone wants me as part of their team!

"I will listen to any proposals for a drive. At this point, I have to be a bit selfish and take what’s best for me.”

Goff said he had also been "overwhelmed" by the reaction on social media since he announced that he would be taking a sabbatical from the BTCC on Tuesday evening.

“It has been unbelievable,” he said. “It has been almost as busy as if I had announced a deal for 2019.

"People have been very kind and I am touched by the support that I have had – but that is one of the great things about the BTCC, there really is a community feeling among the fans.

“I have tried many times to compose a tweet to thank everyone, but it is hard to find the right words. I am overwhelmed.

“But I have also noticed some negative comments about some other drivers who have secured slots on the 2019 BTCC grid which are unfair. No one has taken a drive from me and all the competitors who are there deserve to be there.

"I was just unable to put things together and good luck to those who have.”

Goff, the 2012 Renault UK Clio Cup champion, joined the BTCC in 2013 in a Team Hard Vauxhall Insignia and was a podium finisher in his first campaign. After a year with the Triple Eight MG squad in 2015, Goff joined WSR to race a BMW in 2016.

His greatest success came with the switch to Eurotech in 2017. He finished sixth in the standings in the team’s Honda Civic Type R in his first campaign. He was eighth overall and third in the Independents' Trophy in 2018.

Eurotech announced late last year it would no longer continue in the series, selling its grid slots and Hondas to the AmD Tuning team. Sam Tordoff and Rory Butcher have been signed as drivers for 2019. 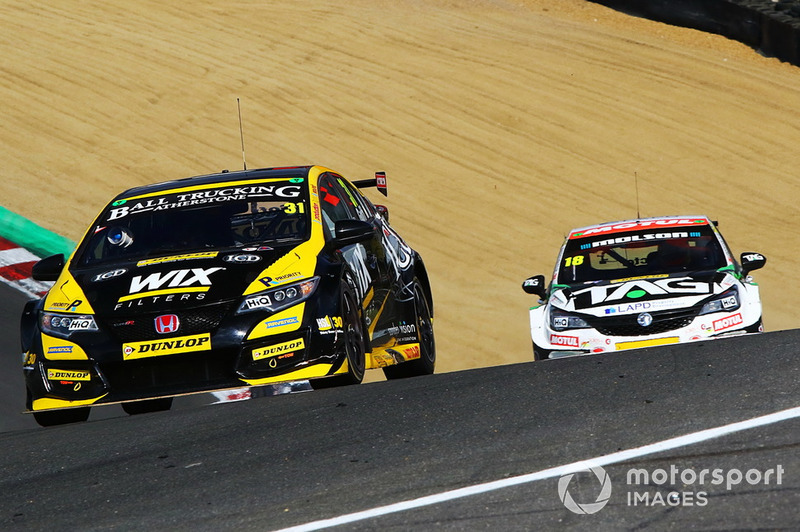 Goff splits with Team Hard on eve of the BTCC season