Factory Honda driver Dan Cammish has secured his maiden pole position in BTCC ahead of the races at Knockhill this weekend. 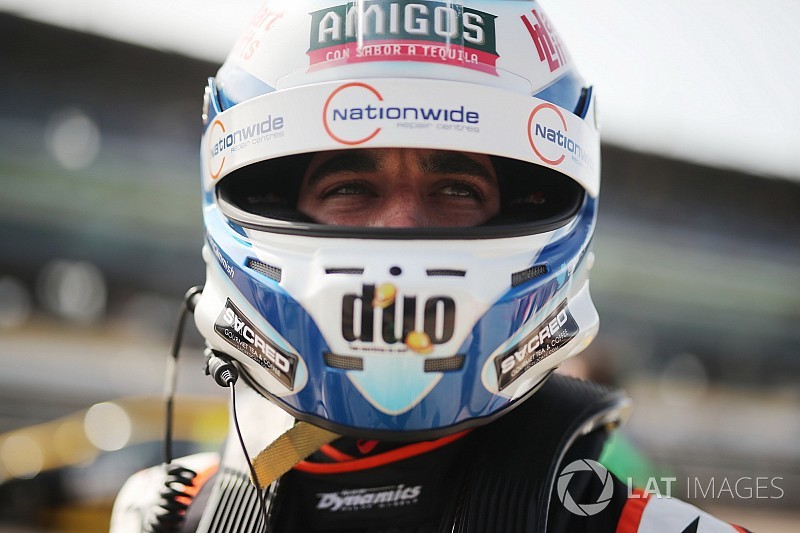 The Team Dynamics driver grabbed top slot with four minutes to go in the 30-minute session to eclipse Andrew Jordan (WSR BMW) and annex the top time by just 0.023s.

The session was stopped after just a handful of seconds as Bobby Thompson’s Team Hard VW, which had been off the road in the opening free practice session and didn’t take part in the second, stopped with a technical problem.

That dropped oil on the track and the session was brought to a halt as a stretch of tarmac between the pit exit and Clark’s corner was treated. It meant the faster times came at the end of the session, and it was a tense battle for top slot.

Cammish, who was stripped of pole position at Brands Hatch at the start of the season for a weighbridge infringement and also narrowly missed out at Snetterton in July, said he was relieved to have finally banked top spot.

The 29-year-old said: “Once I had done the lap, I had the same feeling I had at Brands Hatch where I knew I couldn’t have done a better lap.

“After having come so close before, I was wondering what I had to do to snag a pole. It means the world to me. Qualifying I the purest part of racing – OK, so the equipment isn’t always equal in the BTCC with ballast and things, but you put the best of what you’ve got against the best of what the opposition has. I am over the moon.”

Cammish’s pole, which smashed the previous qualifying benchmark of 51.521s from 2016, had come after a battle with the BMWs of Jordan and the Team Parker Racing-run version of Stephen Jelley. Jelley snatched a front-row start on his final lap.

Jordan was disappointed to be relegated to third place in the dying moments after having earlier been the first man to lap the Fife track in under 51s with just five minutes remaining.

Behind the top three, championship leader Colin Turkington performed excellently to place his WSR BMW on the second row despite carrying the maximum load of 75kg of success ballast.

Row three will be shared by Chris Smiley (BTC Norlin Honda) and Tom Ingram, who is second in the points and has 66kg on his Toyota Avensis.