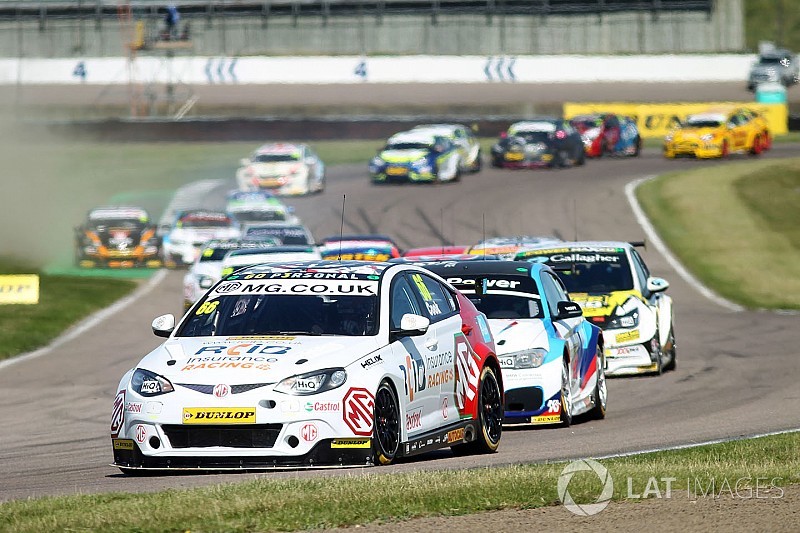 Cook was involved in an incident with Team Parker Racing’s Stephen Jelley in the third race at Rockingham three weeks ago.

He received his fourth strike of the season for his part in the clash which, in line with article 4.4.5 of the championship’s regulations, constituted a race ban.

MG appealed that decision, but a hearing at Silverstone on Friday upheld the original verdict.

That was then appealed to the National Court by the team, which meant Cook would have been able to compete in Sunday’s first race at Silverstone and the remaining rounds with his results remaining provisional.

The 26-year-old was due to start Sunday’s first race from the ninth row of the grid after qualifying 18th on Saturday.

MG has, however, decided to withdraw its latest appeal, meaning Cook will miss the first race at Silverstone after all.

Cook will be able to take part in races two and three at Silverstone, but will start the second from the back of the grid.

A short statement issued by the series read: “MG Racing RCIB Insurance has withdrawn its appeal to the National Court regarding driver Josh Cook’s penalty in race three at Rockingham.

“As this was his fourth penalty strike during the season, which results in a one race ban, Cook will not contest today’s opening race at Silverstone.”

Cook’s appeal was due to be held after the final round of the season at Brands Hatch, which would have meant the final championship classification would have remained provisional until a hearing took place.