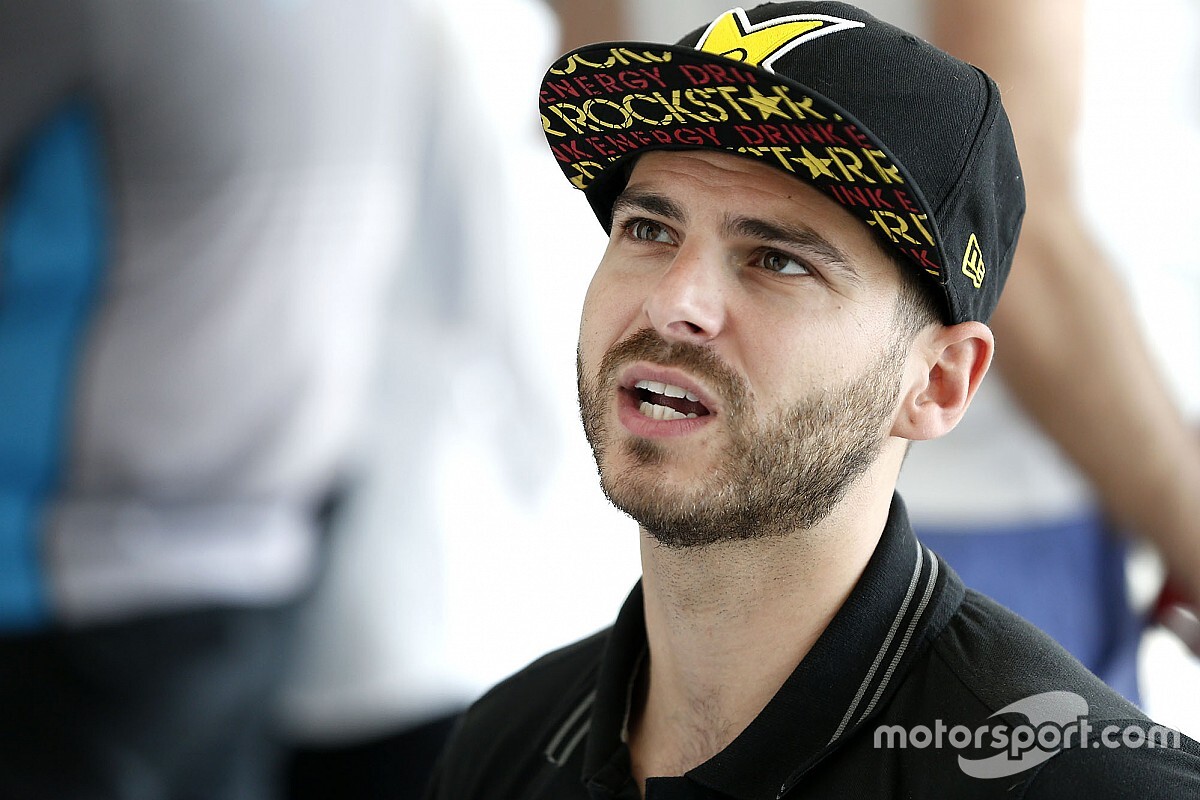 British Touring Car Championship race winner Tom Onslow-Cole will make a surprise return to the series after an absence of seven years for the next three rounds.

Onslow-Cole, who took victory seven times in the series, will replace the injured Ollie Brown at Team Hard for the next three rounds at Thruxton, Silverstone and Croft.

It means that the 33-year-old will be reunited with the Volkswagen CC, a car that he gave its BTCC debut in 2013 and that Team Hard will retire at the end of this season as it works upon a project to build new Cupras for 2021.

Since leaving the BTCC, Onslow-Cole has been predominantly active in international GT3 competition, winning the Pro-Am class title of International GT Open in 2018 and 2019.

He will now join Jack Goff and Nicolas Hamilton in Hard's line-up of VW CCs, with Carl Boardley continuing in the team's BMW 125i M Sport, as Brown recovers from rib injuries sustained in his Oulton Park collision with Hamilton.

"I'm super-excited to be stepping back into the BTCC and reuniting with some old friends at Team Hard," said Onslow-Cole.

"The team has grown enormously since I last raced here, and I am grateful for this opportunity to come my way.

"I was lucky enough to debut the Volkswagen CC back in 2013 and even took the car's first podium at Thruxton, and when the team announced that they would be retiring the CC at the end of the season I thought to myself, 'It would be awesome to get one last go.'

"When Tony [Gilham, team boss] gave me the call, I jumped at the opportunity of getting back behind the wheel in the car's final season in the BTCC, in what feels like a fitting end to its participation in the series.

"Naturally, it's never nice to hear that a fellow driver has been injured whilst out on the track and I wish Ollie a speedy recovery from his injuries, but I look forward to linking up with Jack once again after seven years, and meeting Nic, to extract the maximum out of the car."

Gilham hinted that Brown, winner of a Team Hard scholarship for 2020, will be back on board for the final two rounds at Snetterton and Brands Hatch.

"The world remains in a funny place at the moment and this BTCC season is proving to be no different," said Gilham.

"As other teams and drivers have proved, getting onto the grid for 2020 is very tricky and it would have been easy for us to retire the car until Ollie returns.

"Knowing that this will be the last season of the Volkswagen CC and for us to make the best of this situation I thought I'd give Tom a call and see what his plans were for this season.

"Despite commitments to other series, Tom was up for the challenge of getting back into the BTCC and fortunately for himself and the team he can commit to the next three race weekends."