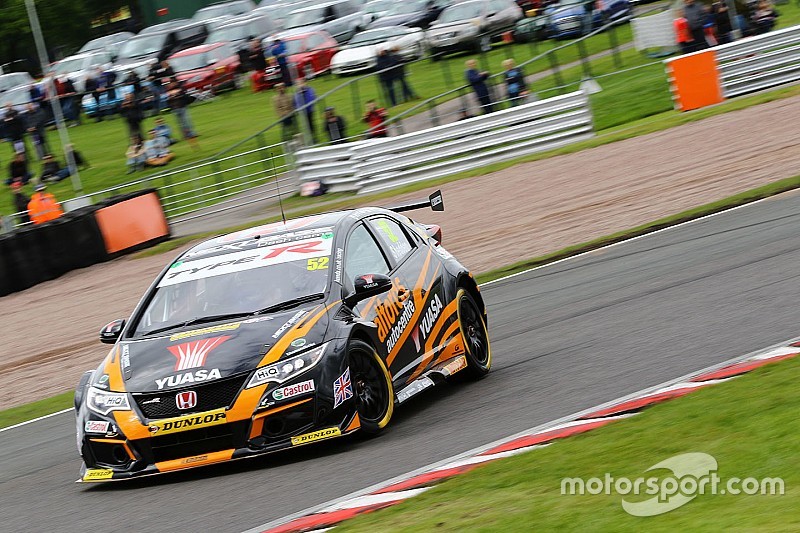 Reigning champion Gordon Shedden won the final British Touring Car Championship race of the day at Oulton Park to solidify his position at the head of the title race.

On lap four, Shedden made contact with Cook’s car as the pair approached Old Hall corner, which broke the suspension on Cook’s car and ruled him out of the running.

There was a long mid-race safety car period when Aiden Moffat (Laser Tools Racing Mercedes) was fired into the tyre wall at Hilltop on lap eight.

The race was neutralised for five laps, and at the restart, Jordan was immediately under pressure from the pair of factory Hondas. Going into Cascades on lap 15, Shedden lunged down the inside of Jordan.

“I didn’t expect to make the move there,” explained the Scotsman afterwards. “I don’t know if Andrew had not been able to turn his tyres on after the caution period, but my car was on fire. Andrew braked a little bit early at Cascades and I had to go to the inside so I did not hit him.”

Jordan was slightly off line after the move, and that allowed Neal to capitalise and make a move as the cars went into the Island hairpin.

Behind the top three, Race 2 winner Ash Sutton performed heroics in the Team BMR Subaru to keep firstly Rob Collard and then Colin Turkington behind him. The two WSR BMWs were pushing him hard throughout but were unable to unseat the estate-shaped car.

Turkington’s fifth spot had been taken despite the fact he started 13th after an electrical problem earlier in the day.