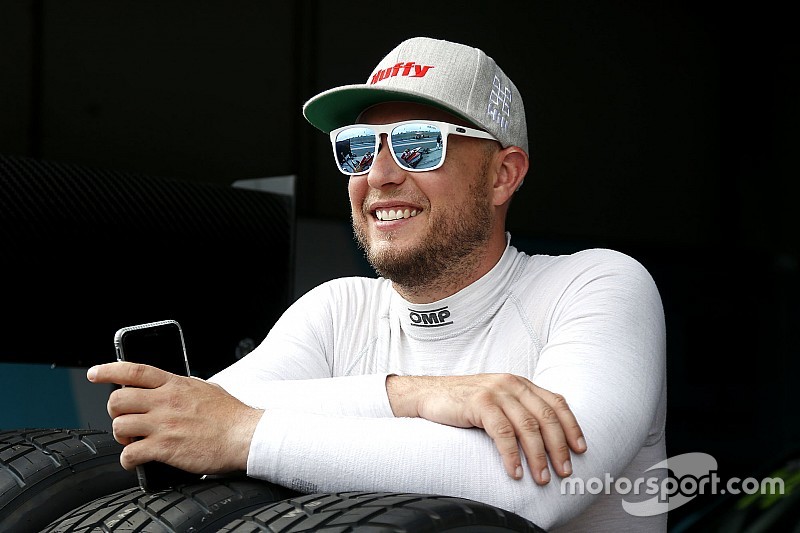 Huff, the 2012 World Touring Car champion, will stand in for Chilton - who underwent an operation recently and was instructed not to race for four weeks - at the penultimate round of the season.

Saturday morning's first practice session will offer Huff his first opportunity to drive PMR's Vauxhall Astra, as the Briton will not shake down the car before the event on the National circuit.

“I'm delighted that Tom has entrusted me to look after his car while he is indisposed – although he will be at the event, no doubt offering me all kinds of engineering advice," Huff told Motorsport.com. "He will almost be like a back-seat driver!

“I will not get a chance to test the car or even shake it down; I'll jump straight in for free practice on Saturday morning.

“I've obviously followed the BTCC closely and I don’t miss a race when I'm at home: quite often, I'm at the circuits.

"It'll be great to catch up with old friends; it's always a very welcoming place and I know lots of people there. It'll be like a homecoming."

The Silverstone event will mark Huff's first appearance in the BTCC since he drove for the SEAT Sport outfit in 2004.

Huff finished that campaign seventh in the points and scored two wins before moving to the WTCC the following season.

Vauxhall has returned to the BTCC this season, and Huff said he hoped his outing would help PMR to continue to develop its pair of Astras.

“Although the car is new to me, I'm not going to pass up any opportunities that come my way," added Huff, who will race alongside rookie Senna Proctor.

"The team has certainly taken strides with the car over recent rounds – in race pace definitely – and I'll be looking to build on that development.

"It'll be an exciting journey and if I'm able [to add] any input into that, then I'm happy to.

“The BTCC is such a competitive environment right now. Quite often, you have the top 20 drivers or so covered by only one second so you really have to be on it for qualifying which will be tough, but I'm very much up for the challenge.”

Cook to race in Silverstone BTCC opener under appeal