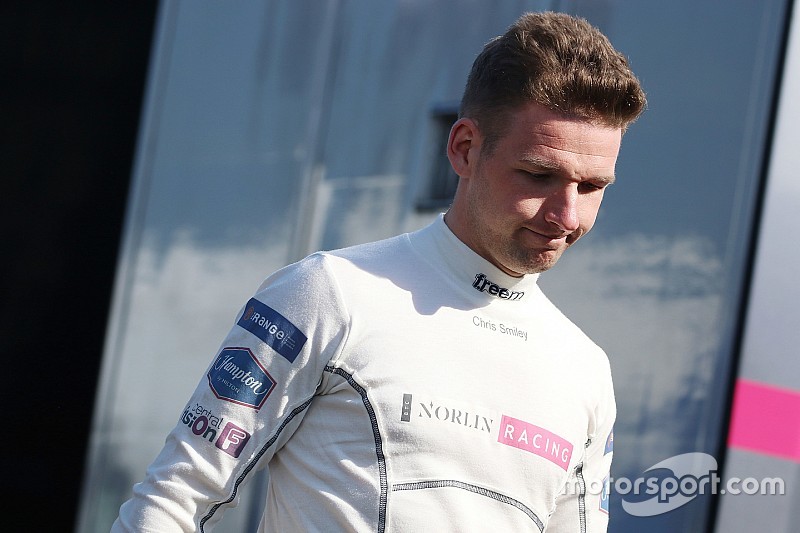 Chris Smiley won the final BTCC race of the weekend at Rockingham to break his victory duck in the BTC Norlin Honda.

The Northern Irishman took advantage of a slippery track at the opening hairpin after a pre-race shower dampened the circuit. Tom Chilton (Motorbase Performance Ford) was on pole and he was the first to find it and ran wide

Smiley took charge and was pursued by Rory Butcher in the AmDTuning MG6 until lap 10, when the Scot slid off at the Deene hairpin. He rejoined in sixth spot.

Second place was only decided at the very last corner when Colin Turkington’s WSR BMW capitalised when Simpson, who had recovered from his earlier slip, ran slightly wide at the Brook chicane.

Turkington launched his car up the inside and beat Simpson on the dash to the line, with the Motorbase Performance Ford of Sam Tordoff narrowly missing out on grabbing a first podium of the season too.

Smiley said: “This has been such a long time coming. I am over the moon, and I have worked so hard to get here. I can’t thank the team enough.”

Behind Tordoff in fourth, Tom Ingram grabbed an unchallenged fifth. Butcher followed, and one of the drives of the race came from Team Hard VW man Bobby Thompson, who went from 28th to seventh.

The results of the weekend’s three races mean that Turkington is leading the points by four marks ahead of Ingram. Reigning champion Ash Sutton (Team BMR Subaru) is 32 points adrift in third.