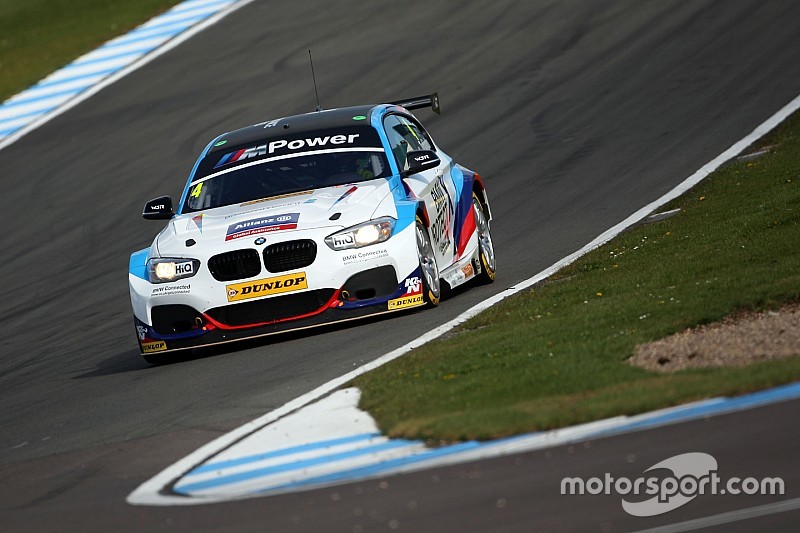 BMW driver Colin Turkington has inherited victory in the final BTCC race at Donington Park after Gordon Shedden was excluded.

Shedden claimed it was a legacy of damage sustained during a chaotic first attempt at the race start in torrid conditions.

Turkington finished 4.5s behind Shedden, but has now been handed his first victory of the season, and his first since returning to the WSR team.

Adam Morgan inherits second, while Subaru driver Ash Sutton – who claimed pole on Saturday but was excluded for a technical infringement – moves up to third to cap a fine trio of recovery races with a trophy.

Shedden’s win had handed him a four-point lead over Tom Ingram in the championship, but the change to the results drop the three-time champion to fourth in the points.