Should the BTCC adopt a ‘showdown’ points system? 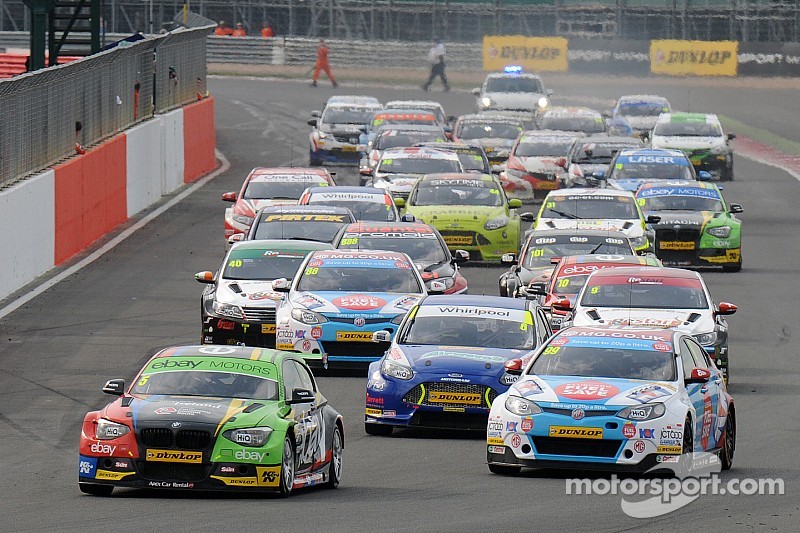 I believe the BTCC would benefit from such a system and that they could do it with compromising the integrity of the championship.

The British Touring Car Championship reached its conclusion last weekend at Brands Hatch, and few would dispute that Colin Turkington and his West Surrey Racing team were deserving champions.

Arriving at the Kent venue with a 50 point advantage over nearest rival Jason Plato, it was highly unlikely that Turkington was ever going to be denied. Indeed, the Ulsterman had been in with a chance of wrapping up his second title a round early two weeks before at Silverstone.

But, for a championship that proclaims to have the quality of the show at its heart, it felt like somewhat of an anti-climax to see Turkington crowned with two races still to run.

Contrast that with this weekend’s BSB title decider at Brands, in which the two title protagonists, Shane Byrne and Ryuichi Kiyonari, are separated by 12 points with 50 left on the table.

The reason the duo are so close in the standings is the BSB’s employment of a ‘showdown’ championship format, which is not dissimilar to the NASCAR Chase ... Or at least how the Chase worked prior to this year’s shake-up.

Essentially, after a certain number of races (in the BSB’s case, after 19 of the 26), the top six competitors have their points reset, with ‘podium credits’ added to reflect their success up to that stage on a 3-2-1 basis for a top three finish.

Points are then awarded normally for the remaining seven races, with the title race being much closer as a result. That has certainly been the case since the BSB introduced the system back in 2010 in response to Leon Camier’s utter domination of the 2009 season.

The showdown format may not have been universally popular when it was announced, but you can’t deny it has made for some thrilling championship climaxes, not least of all in 2011, when Tommy Hill denied John Hopkins the title by just six thousandths in the final race at Brands. Without the showdown, it would have been nowhere near as tight.

Take this year for another example. If not for the showdown format, Byrne would have had a lead of nearly 130 points heading to Brands, with a fourth championship already firmly in his pocket.

The only thing preventing a nail-biting head-to-head between he and Kiyonari is the fact that the Japanese rider fractured his collarbone in a practice crash, which caused him to miss the first race of the weekend and has put his participation in the remaining two races in doubt.

Of course, the system is not without its downsides, one of which is that the rounds in the middle of the season lose their interest, as the focus for the top riders turns to securing their places in the top six rather than going all out for the win.

But, surely that is preferable to the finale losing its lustre as a result of the title already having been decided, as was the case with BTCC last weekend.

Fairness vs. the show

Some BTCC fans might baulk at the thought of introducing a showdown points system, decrying it as unfair, but there’s no doubt that it would have kept up the suspense of the title battle all the way to the chequered flag of the rain-soaked final race.

Here’s how this year’s championship would have looked using the format, taking the top six cut-off after the Knockhill round, resetting the points to 500 plus podium credits, and then applying the normal points system for the final three weekends:

Turkington would still have emerged as the victor, but, carrying a lead of only 16 points into the final race, his championship would have hung in the balance for much longer than it did in reality.

Ultimately, the BTCC is only as good a series as the show it is able to put on. That’s why artificial measures such as reverse grids, success ballast and boost adjustments are all unashamedly employed to promote closer racing.

Adopting a showdown championship format would thus hardly be at odds with the path the series has chosen to follow, and it solves the problem of ensuring the title race isn’t over prematurely without turning the final round into a lottery, as F1 has done by choosing to award double points.

Of course, it wouldn’t solve all of the championship’s problems, and there are separate debates to be had over whether rear-wheel drive cars such as Turkington’s BMW ought to be pegged back, or how the NGTC regulations could be tweaked to encourage more passing.

But, in a world where all categories of motorsport, to a greater or lesser extent, are facing a tougher battle than ever to capture the imagination of the public, taking a step to maximise the chances of the title race going down to the wire can surely only be a good thing for the BTCC.