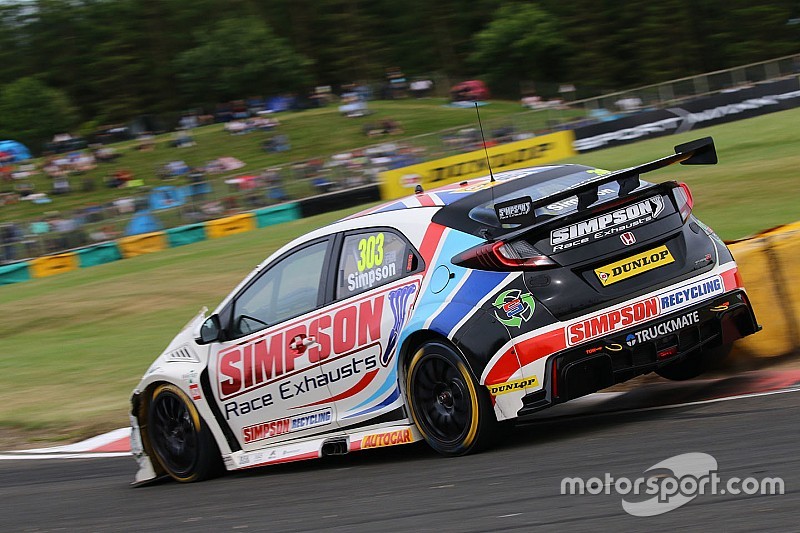 BTCC racer Matt Simpson will form his own team to remain in the series this year after parting ways with Eurotech Racing.

Simpson, who won a round at Oulton Park earlier this season and is 14th in the points, has raced this year alongside the Eurotech drivers Jack Goff and Brett Smith in a Honda Civic Type R.

However, he left the team on Sunday night at Rockingham after claiming a podium finish in race three.

Simpson said: “I am very grateful for everything that the team has done for me and I wish them all the best in the future and I hope Jack and Brett have success, but I just felt the time was right for me to move on.

“We are putting together our own crew to run under the Simpson Racing banner and we will be at the next round at Knockhill.

Simpson, a former Hot Rod and Intermarque racer, said that he was committed to the championship long-term.

He raced alongside Speedworks Motorsport in his maiden BTCC season in 2016 before allying himself with Team Dynamics for the 2017 campaign.

“We have always run our own cars in the championships that we have done, and we felt it was time to spread our wings and take this on ourselves,” added Simpson. “It has always been our goal to operate our own car, and the time is now.”

Eurotech team principal Jeff Smith he was shocked by the decision.

He said: “Having helped Matt to his best ever season in BTCC we were completely shocked to be told that he no longer wanted to run with us, especially immediately after the podium in race three.

“While we are disappointed not to be running Matt for the rest of the 2018 season we wish him the best of luck in the remaining three rounds and beyond.”