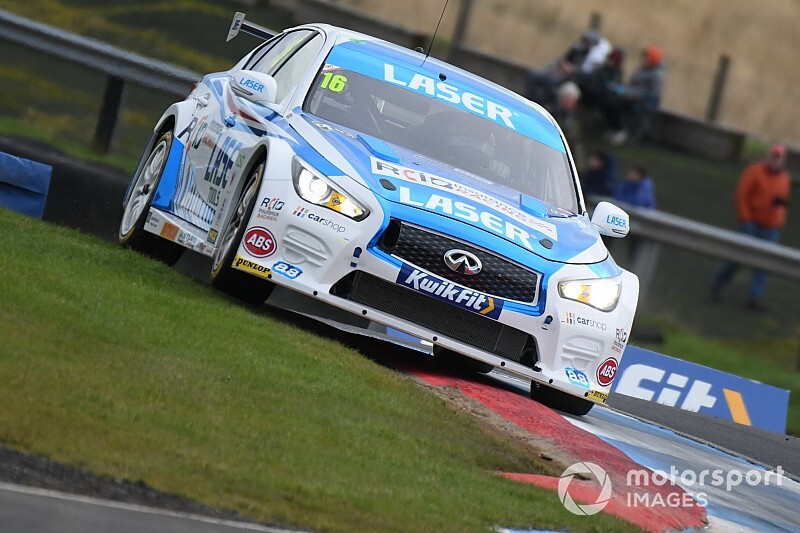 Ash Sutton will join Aiden Moffat in a two-car Laser Tools Racing Infiniti squad in the BTCC in 2020.

Sutton, who took the 2017 BTCC title in a BMR Racing Subaru Levorg, will race a brand new Infiniti Q50, which is currently in build, and will team up with three-time race winner Moffat.

The design and build of the cars is expected to be finished by mid-February when the machines are expected to begin an extensive pre-season testing programme.

Laser Tools Racing reintroduced the rear-wheel-drive Infiniti into the BTCC at the halfway point of the 2019 campaign to replace its Mercedes-Benz A-Class.

Moffat ran as a one-car team in a reworked Q50 and took a second-place finish at the penultimate round of the season at Silverstone, and Sutton tested the car at Snetterton in the middle of the season to offer some pointers on set-up.

Sutton, who will continue to work with his 2019 engineer Antonio Carrozza, said that he had been impressed with the car when he drove it at Snetterton.

"And what we've actually got going on behind the scenes is very exciting — I haven't had this excitement since 2017. It's giving me butterflies!

"We've got a lot to look forward to, the car has got a lot of potential and I think between the pair of us, we're going to extract some good performance out of it."

Moffat has contested the BTCC since 2013 and has operated in a one-car team since his debut.

The 23-year-old said that he was keen to begin the work towards his 2020 campaign.