Subaru driver Ash Sutton and Toyota man Tom Ingram were stripped of a 1-2 in the second BTCC race at a soaking Knockhill, handing the victory to the WSR BMW of Andrew Jordan. 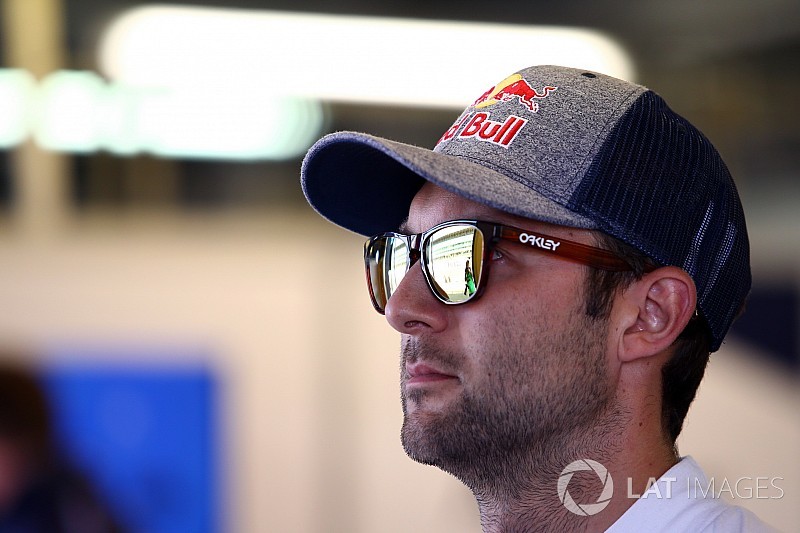 The two drivers failed a post-race ride height check after a shortened 20-lap race around the Scottish track and were booted out of the results.

The reigning champion Sutton led from the start on the treacherous surface in a race that was immediately neutralised when Ollie Jackson (AmDTuning) collided with the tyre barrier at the Chicane.

The race restarted on lap seven and Sutton powered away from Colin Turkington’s WSR BMW 125i M Sport. However, soon after, Turkington slewed wide at Duffus Dip and dropped back to third behind his teammate Andrew Jordan (WSR BMW).

The big mover was the Speedworks Toyota Avensis of Tom Ingram. He had started in sixth but slipped ahead of both Josh Cook (Power Maxed Racing Vauxhall) and Dan Cammish’s Team Dynamics Honda by the end of 10 laps.

On lap 11, Ingram moved into third with a pass on Turkington at the hairpin just before the safety car was called again as cars littered the gravel trap.

After six more caution laps, the race was restarted. Ingram powered inside Jordan and Duffus Dip to take second spot but Sutton was already two seconds in front. Red flags flew when Sam Smelt (AmDTuning Audi) locked up and went straight on at the top of Duffus Dip on lap 21.

Although Sutton won, his car did not pass the post-race technical checks on the ride height of the cars and he was booted out of the results, and the same thing happened to Ingram.

Ingram was pragmatic afterwards: “The rules are black and white – they are written in a book! There was contact in the queue for the hairpin on the opening lap and that might have caused some damage. I am not sure that would have represented an performance advantage, but we will have to take it on the chin.”

Jordan thus inherited top spot, with Cook second in the Astra. Cammish held on for third place in front of Turkington.

The number six was pulled out of the hat for the reversed grid draw, which means Tom Chilton (Motorbase Performance Ford Focus) will start the day’s third race from pole position.