Tordoff gracious in defeat: "I lost to the better man" 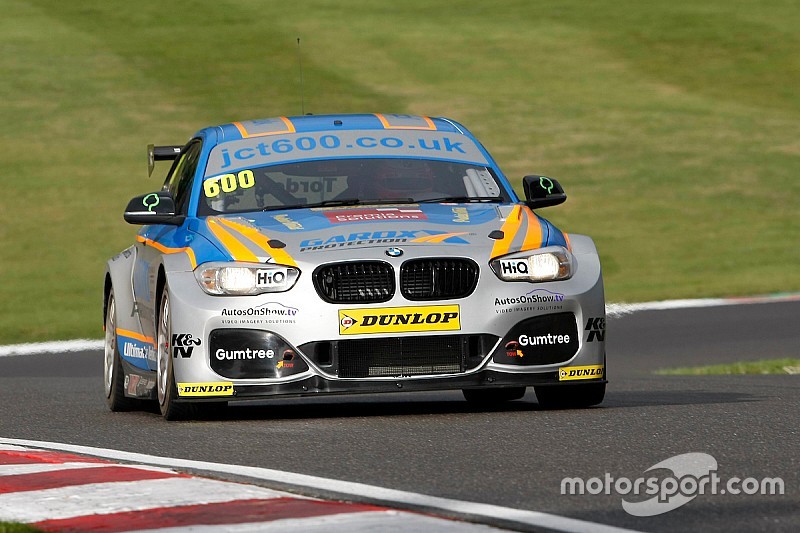 Sam Tordoff insisted he is pleased with his BTCC eason as a whole despite the disappointment of missing out on a maiden BTCC title at Brands Hatch on Sunday.

The West Surrey Racing driver went into the weekend with a lead of 11 points in the standings, but as one of eight drivers who were still involved in the fight for the crown.

Qualifying 10th on the grid despite carrying maximum ballast on his car, Tordoff brought his BMW to the flag in the same position in race one, and then improved to fifth in race two to ensure he went into the season finale with a slender advantage over Gordon Shedden.

But, a third place for the Honda driver, with Tordoff unable to improve on fifth, meant it was Shedden who ultimately prevailed to defend the title he won last year, with Tordoff forced to settle for the runner-up spot.

“We’ve had a great year and have motored on to the next level and finished second in standings,” said Tordoff. “Yes, I’m a bit gutted that I didn’t win the title at the end of it but I lost today to the better man.

"We struggled for pace a little bit as we could see in race three and I know I left nothing on the table and got what I could from the weekend - sadly it just wasn’t quite enough for us.

“There isn’t anything I would have changed this weekend. We qualified well with full ballast and got what we could from race two, and I was pleased with tenth to fifth in race two.

"We just didn’t quite have the pace in race three when we needed it, but we live to fight another day.”

Return in 2017 not guaranteed

Refusing to be drawn on his future, Tordoff said he felt sure he would be able to challenge for the title in 2017 if he returned to the BTCC, but also said he would be happy with his stint in the series if he elected to move elsewhere.

“We led for so long this season and whilst we came up short in the end, I think I’ve shown that I can deal with the pressure of being involved in the championship fight,” he said.

“I’ll have to wait and see what the future now holds, and I suppose that until you have graced the top step, you can always say you need to go back.

“But if this is the end of my BTCC career, I think I can be happy with what I have done – and I’ve certainly done more than a lot of others have achieved in four years in the series.

"I feel I belong at this level and this weekend has shown that.”