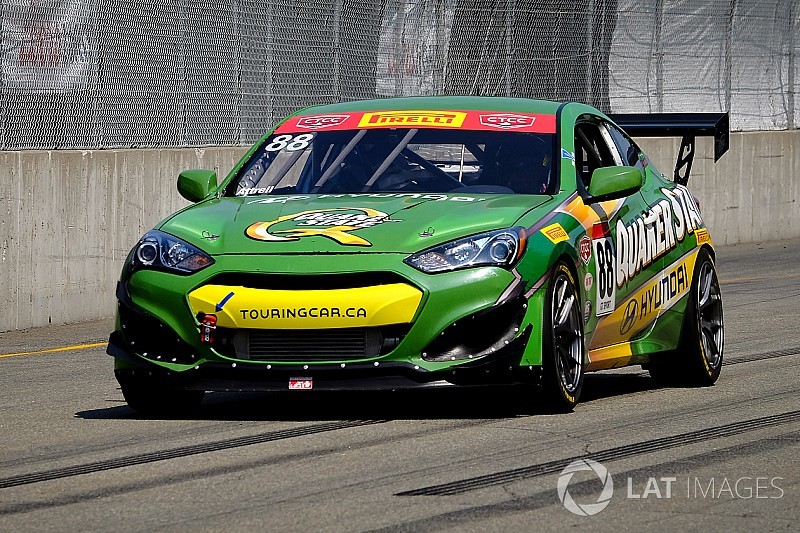 The two final rounds of the Canadian Touring Car Championship (CTCC) presented by Pirelli where held on a single day at Circuit ICAR in Mirabel, Québec this past weekend.

Individual strategies differed as the class leaders mentally juggled the mathematics, while their rivals knew that only race victories would alter the issue of the season.

Unfortunately, for title contenders Chris Sahakian (GT Sport) and Scott Nicol (Touring), non-finishes due to mechanical and contact issues in Round 13 - the first race of the day - greatly hampered their opportunities to mount a championship challenge.

In the Touring category, Michel Sallenbach solidified his position atop the class standings with a victory over Team Octane MINI teammates Alain Lauzière and Paul Gravel.

Final race of the season

With less than three hours to repair and regroup, the season finale was flagged away with Gary Kwok again asserting his dominance and after 25 laps around the 3.600-kilometre ICAR circuit the driver of the M&S Racing Honda accepted the chequered flag for his fifth victory of the season.

Due to contact-induced damage in the opening race, Eric Hochgeschurz was forced into a back up car for Race 14, and as a result came to the green flag from the back of the pack. Carving his way towards the front, he gratefully acknowledged the chequered flag in second spot, albeit well in arrears of Super Touring class race winner Hevey.

Entering into the final date on the schedule with a small 50-point advantage over both Hevey and the No. 20 Subaru of Nathalie Hénault, Hochgeschurz was fully aware of what he needed to accomplish in order to maintain his lead in the Super Touring class ranking and he accomplished his goal, securing his second consecutive Super Touring title by the narrowest of margins.

For multi-time Touring class champion Michel Sallenbach, his years of experience in CTCC paid dividends as the Roxton Pond, Québec resident paced himself over the final two races, content to finish in the points while letting his class rivals battle for the win.

Building up a record of eight class victories and four runner-up results prior to the ICAR races, Sallenbach enjoyed a virtually unbeatable points lead and was able to save his No. 46 Mini Coupe JCW in the finale. With the 2017 Touring Class title assured, Sallenbach was able to sit back and watch past champions Alain Lauzière (No. 45 Mini Cooper) and primary point challenger Scott Nicol and his No. 41 Velocity Motorsports Honda battle for the top step of the Touring class podium, a battle that was decided at the chequered flag with Lauzière taking the win in his only his second CTCC appearance of the year.