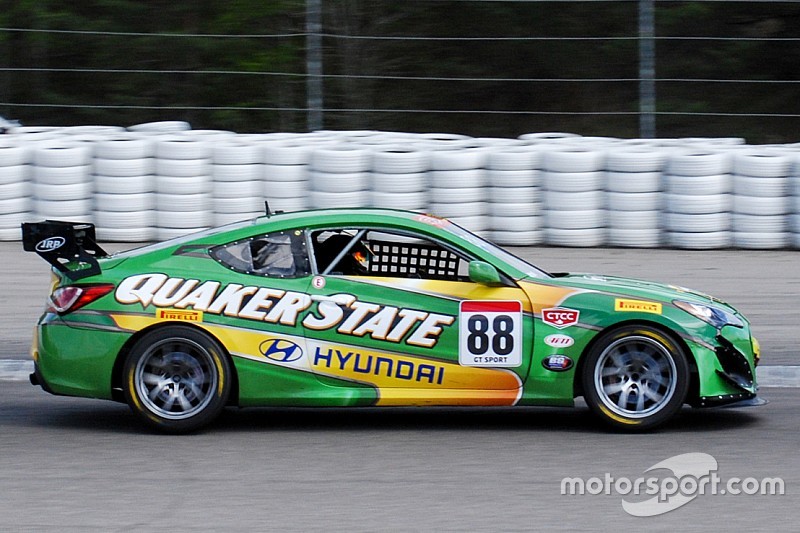 The Canadian Touring Car Championship presented by Pirelli returned to Canadian Tire Motorsports Park for a tripleheader appearance over the Labour Day weekend.

Race two was staged on Saturday morning under blue skies. Bob Attrell controlled the race once again. He started from pole position and held first place all the way, also setting the fastest lap. The race went under a full course yellow in the early goings and was restarted on Lap 11. Attrell led from Gary Kwok (Honda Civic) and Chris Sahakian in his Mustang. Hochgeschurz led the Super Touring field while Nichol again was first in the Touring class. Hochgeschurz pushed really hard and managed to climb up to third place overall.

Attrell again won the 23-lap race ahead of Gary Kwok and Hochgeschurz (first in Super class too). Andrew Danyliw was third in the GT Sport category. Hevey took second in the Super class ahead of Jeff Kingsley. Scott Nichol took honours in the Touring class ahead of Michel Sallenbach and Nelson Chan.

Bob Attrell also won race 3 held on Sunday afternoon on a dry track, beating Gary Kwok one again. “The car sets up perfectly, just perfectly, for this track,” said Attrell. The car has the longest wheelbase in the series, so through these big, long sweeping turns, we make up time. The car sticks. The team put together probably the best car I’ve had all season. Good horsepower, balance, everything was perfect.”

In the Super Touring, both Eric Hochgeschurz and Jeff Kingsley were forced to retire their cars due to mechanical issues, with Hochgeschurz’s No. 11 BMW coasting down pit lane on lap nine trailing a huge plume of oil smoke. Benefiting from their misfortune however, was Jean-Francois Hevey, the driver of the No. 12 TRC Porsche Cayman adding to his pair of runner-up results on Friday and Saturday with a trip to the top step of the Super Touring class podium in the feature race.

Scott Nicol won his third race of the weekend in the Touring class, the result of very long hours developing and fine-tuning a brand new Honda Civic Si.

The championship-deciding event will by held on September 30 at Circuit ICAR, with all challengers bringing their best efforts to the two-race final on the Montreal-area airport venue.