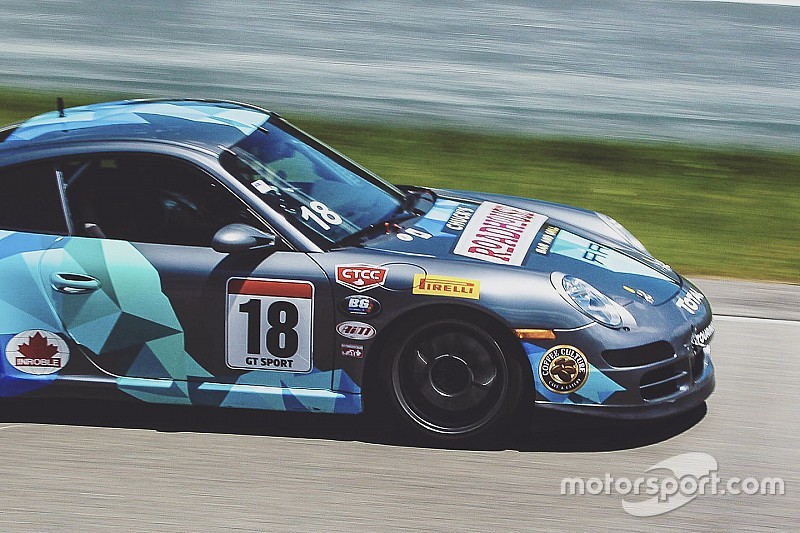 Toronto native Lindsay Rice will return to the cockpit of her Porsche 911 to contest the two rounds of the Canadian Touring Car Championship held at the Grand Prix de Trois-Rivières this weekend.

Lindsay Rice may be a relatively unknown racer, but she is the perfect example of a gentlewoman race driver who picked up motorsport a bit late in her life and who now lives the dream to make it one day to a greater, faster series.

“I was born in Canada, but I have roots in the Netherlands,” Rice told Motorsport.com when we met her. “I got involved in motorsport as a volunteer at different tracks when I was 22. I saw these people do regional racing and I decided to try it. So, last year was my first year in racing. I got the chance to hop in the Porsche that I’m still driving today.”

With very limited track experience, Rice decided to take things one challenge at the time.

“I competed in three different series last year,” she explained. “I raced in the Ontario Region series of the Canadian Automobile Sport Club, I also did some Porsche Club racing and I also contested the Trois-Rivières round of the CTCC, the Canadian Touring Car Championship.”

Rice also contested a meeting of the Nissan Micra Cup at Canadian Tire Motorsport Park, driving a race car that had approximately one third the power of her 911. She managed to claim 18th and 17th places in the two races.

The young amateur racer, who works in corporate automotive in marketing events, insists that the 911 is the perfect car for her.

“I love horsepower and I like going fast. It’s got the horsepower that I need and I am so comfortable in it now that I would not change it for another car… unless it was a GT3 Cup car, obviously, " she mentioned with a smile. "With the engine at the rear, there’s a big difference in the weight distribution and you need to know the car very well to go fast. I say that if you don’t scare yourself every lap, you’re probably not going fast enough!”

Back in a pro Touring series

With the support of Total Canada, she looks forward to return to the challenging Trois-Rivières street circuit.

“I contested more regional races and Porsche Club races so far this year. I will contest two rounds of the CTCC this year: the Trois-Rivières race and the one at the Canadian Tire Motorsport Park at the end of August as part of the NASCAR Truck event,” she mentioned.

“I’ll be behind the wheel of my 2005 No. 18 Rice Racing Porsche 911 3.6-litre Carrera. My car fits right in the GT Sport category. Unfortunately, there are some faster machinery in that class. My 911 has 325 horsepower and there are other cars with 400+ horses. It will be interesting. I want to go out there and have some fun and gain as much experience as possible.”

Rice is determined to make progress and keeps dreaming.

“One day I’d love to graduate to the Porsche 911 GT3 Cup Challenge,” she adds. “And if it’s not in Canada, it may be in the United States or somewhere else. My heart is in endurance racing. I would love to race in a series like the IMSA WeatherTech series. In endurance, you drive longer stints and it’s all about consistency. You get out of the car and you feel very accomplished after racing for so much time.”