Fernando Alonso says his run to 26th place overall in the Morocco Rally has left him with a "bittersweet" feeling, as a decision whether he will take part in the Dakar Rally looms.

The two-time Formula 1 champion faced the first major test of his fledging cross-country rally career in the five-day Morocco event, the traditional warm-up to the Dakar.

He and co-driver Marc Coma were running in the top 10 in their factory-entered Toyota Hilux when they sustained heavy front suspension damage in a crash in a ditch that was not marked in the roadbook during Monday's third stage.

In the end Alonso was classified 26th, some 77 hours behind rally-winning Toyota stablemate Giniel de Villiers after picking up some 70 hours worth of penalties.

"Sometimes I have taken a bit of bittersweet taste in the stages, because you see that you have wasted time here and there, and we have not been able to do any of the normal five days, clean of surprises, not even today [Wednesday].

"But these are things that happen to you and to everyone else and I also have to learn from it and always be constant. To do this type of rallies is more to do 90 percent every day, rather than peaks of 100 percent and troughs of 50 percent. So, much to improve, but happy."

Alonso said prior to the rally that Morocco would be critical to his final call on whether to contest the Dakar in Saudi Arabia next January, and speaking on Wednesday the Spaniard said he would use the next few days to reflect on his latest cross-country experience.

"I do not know," he said when asked by Motorsport.com if he knows yet if he is certain to contest the Dakar. "Now the rally is over I'll think about it for a few days and I will talk to the team. We will make the best decision.

"Let's also see what the next months are like, what preparation should be done to arrive 100 percent prepared and be as competitive as possible in the case of going to Dakar."

Should Alonso press ahead with his Dakar preparations as expected, Motorsport.com has learned that the Spaniard has two tests planned to continue gaining mileage and test different configurations of the Toyota Hilux, including fine-tuning the seat position.

After that, he is poised to compete in a round of the Saudi Desert Rally Championship - either the Ula Neom Rally on November 4-9 or the Sharqiya Rally on December 5-7. The final round of the series is too close to the Dakar to be possible logistically.

It's understood Alonso may be joined in either one of those events by several high-profile cross-country rally regulars, as it allows them to get around the ban on testing in Saudi Arabia in the run-up to the Dakar imposed by rally organiser ASO.

Toyota Gazoo Racing South Africa is building a completely new Hilux that the Spanish driver would premiere on that event.

A press conference to confirm Toyota's Dakar line-up is scheduled for October 24. 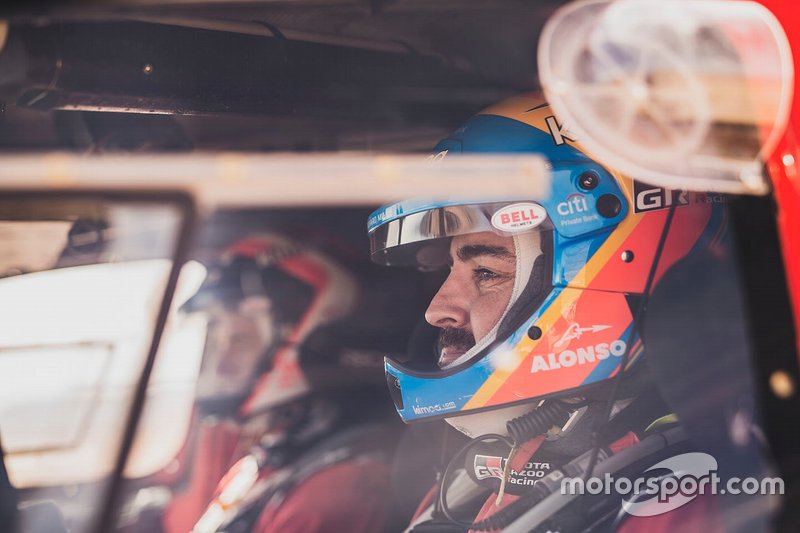 Photo by: Rally of Morocco

Toyota driver Nasser Al-Attiyah dominated from start to finish to claim victory in the 2021 Morocco Rally, as Pablo Quintanilla took top honours in the bikes category.

The FIA and ASO have announced a new Cross-Country World Championship for 2022, which will have the Dakar Rally as its main event.

The 2020 edition of the Morocco Rally has been cancelled due to the rapid spread of coronavirus in Africa, organiser and Dakar Rally director David Castera has announced.