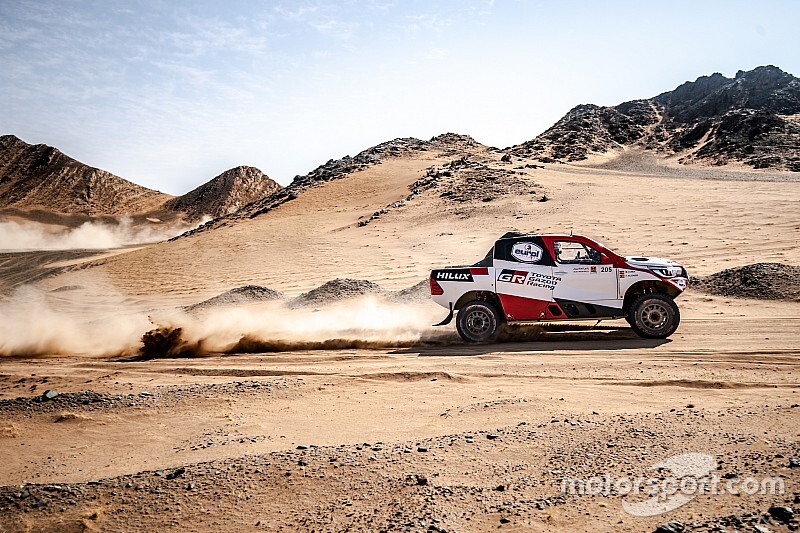 Alonso and co-driver Marc Coma contested this week's Al Ula-Neom Cross-Country Rally in Saudi Arabia, where the Dakar is being held for the first time in 2020.

They were fourth on the opening stage, having taken a cautious approach, then suffered a puncture on the second day and lost time.

But they recovered to third place overall by the end of the event, despite some navigation difficulties on Saturday's final stage.

"The final stage was a difficult one, full of rocks and difficult navigation," said Alonso.

"But we had no real issues, and we finished third on the stage and third overall, which is quite a good result for us."

Team principal Glyn Hall pointed out that the strategy for the event was influenced by the fact Alonso was giving the chassis he will use for the Dakar itself its debut.

"Fernando and Marc showed great pace this week, and I’m happy that they are progressing according to our plan," he said.

"We had a strategy for this race, and it worked out perfectly for them.

"They raced a brand-new car here, which is earmarked for the Dakar Rally, so they had to balance their pace with the need to preserve the car.

"In the end, they achieved a maiden podium against local crews who know the terrain very well, which bodes well for January’s Dakar Rally.

"It was also interesting for us to experience Saudi Arabia first-hand and gain some insight for the big race in the New Year."

The car changes that have helped McLaren shine in 2020