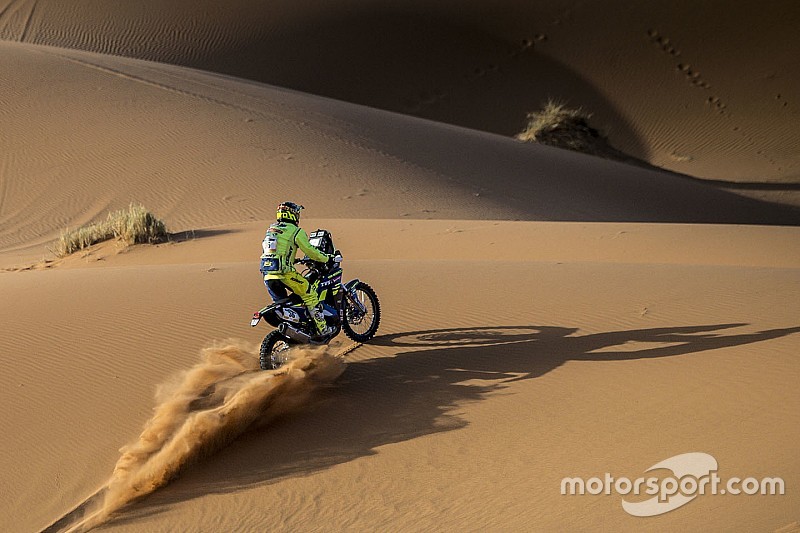 Most riders from Shero TVS and Hero gained positions in the penultimate stage of Merzouga Rally on Thursday.

The second marathon stage proved tricky for all riders, with several of them getting lost in the final few kilometers from the finish line.

Eventually the officials decided to cancel the final part of the stage, with results taken until Way Point 90.

Sherco TVS’ Joan Pedrero set the third fastest time of the day, only 56s down on stage pacesetter Kevin Benavides, to move up to seventh in the overall standings.

Lorenzo Santolino, who was inside the top 10 until yesterday, was one of the biggest losers in stage 4, dropping down to 32nd in the combined classifications for reasons unknown at the moment.

Over at Hero, India’s CS Santosh improved to 19th position after setting the 24th fastest time of the day.

“I felt really good today and did well in the stage I think. I rode very well in the dunes and caught up with a lot of riders, so overall it was going good for me,” he said.

“Towards the end of the stage, we couldn’t find the waypoint. Finally I was able to find the right way and reached the finish line but lost a lot of time there.” 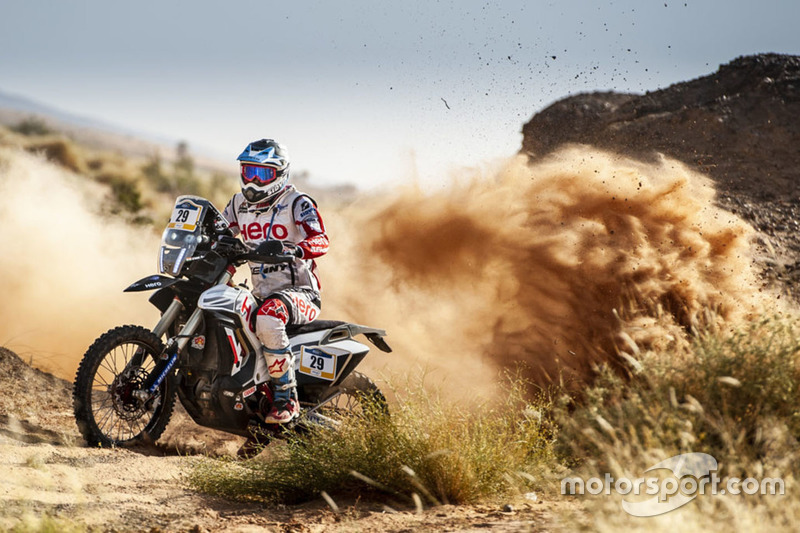 Dakar 2018 star Oriol Mena could only muster the 26th fastest time of the day after his bike made hard impact while coming down a dune. However, he still managed to improve to 15th position, one spot up from where he was classified yesterday.

“It was a difficult day today for me. I started very well but in the 4th km I hit something hidden in the dunes,” he said.

“After that I was not getting a comfortable feeling with the bike so I decided to take it slow from there to make it to the finish. “