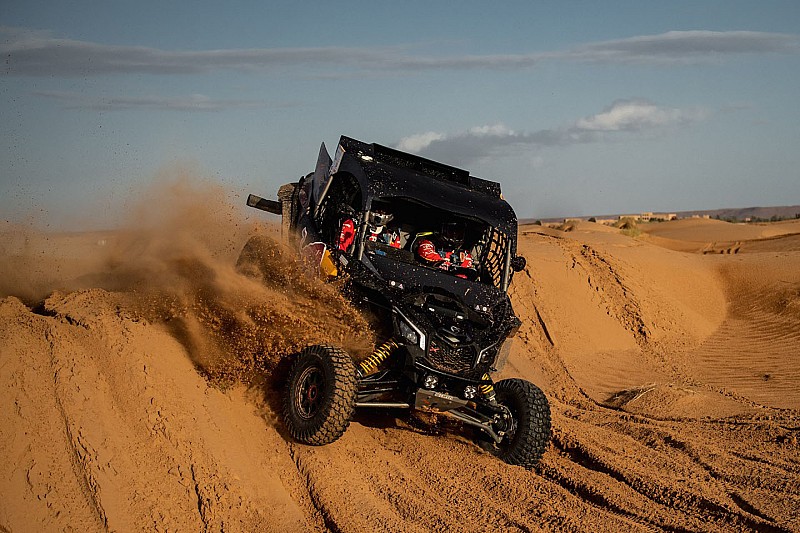 Michael Metge and Nasser Al-Attiyah lead the way after the first kilometers of the Merzouga Rally 2019.

The event kicked off Sunday in a 38-kilometre run, of which only 1.8km were timed. In this small tour, it was Al-Attiyah, recent winner of the 2019 Dakar in cars, who beat his rivals in the SxS category, in which he decided to compete in this 10th edition of the Moroccan rally.

In motorcycles, Michael Metge (Sherco TVS) logged the fastest time of all the 95 participants - going faster than Al-Attiyah too - with a 2m4s run leaves him clear of Stefan Svitko and Isle of Man rider Jamie McCanney.

The first quad was Clement Jay (Yamaha), 16th the overall and 29 seconds behind Metge.

The first proper stage of the rally will loop around Erfoud on Monday, with 208 km timed.