COMMERCE, Ga. – NHRA and the Red Cross raised more than $10,000 at the Summit Racing Equipment NHRA Southern Nationals at Atlanta Dragway. The monies earned will go directly to help those affected by the tornado disasters that have struck the Southeast region of the country.

Fans, crew members and drivers turned out during the event to make donations to the Red Cross at a booth set up in the midway in the pit area. In total, the weekends amount exceeded the $10,000 goal, with the race sponsor, Summit Racing Equipment, pitching in $500 before the final round to push the total over the $10,000 mark. Drivers also participated in a special autograph session Saturday after qualifying to help raise funds for the East Georgia chapter of the Red Cross. The donations collected throughout the weekend will go directly to a Tornado Relief Fund for the Southeast region of the country impacted by the tornados and severe storms that ripped through the region. 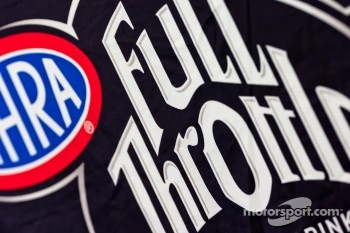 “We appreciate all the fans and drivers that pitched in and did their part,” said Pro Stock driver Allen Johnson, whose hometown of Greeneville, Tenn. was one of the hardest hit areas in Tennessee during the April storms this year. Allen participated in the autograph session Saturday and was a strong supporter of the Red Cross throughout the weekend.

“NHRA fans need to be proud of themselves and what they did this weekend,” said Johnson. “It means a lot for me. There were seven people in my hometown of Greeneville that lost their lives, so the work we did here was tremendous.”

“So many people came to me from all over Georgia and Alabama telling me about the devastation that hit down here,” said Steve Johnson, who raced the Red Cross logo on his bike this weekend. “It was so great and amazing to see how the fans reacted here at Atlanta Dragway and the money Red Cross was able to raise for those affected.”

NHRA fans that would still like to donate can do so by calling 1-800-RED CROSS, or online at http://eastgeorgia.redcross.org/. They can also text a $10 donation by texting the phrase “REDCROSS” to 90999.

Mile-high hopes and challenges in Denver

U.S. Nationals drama is a taster of what’s to come