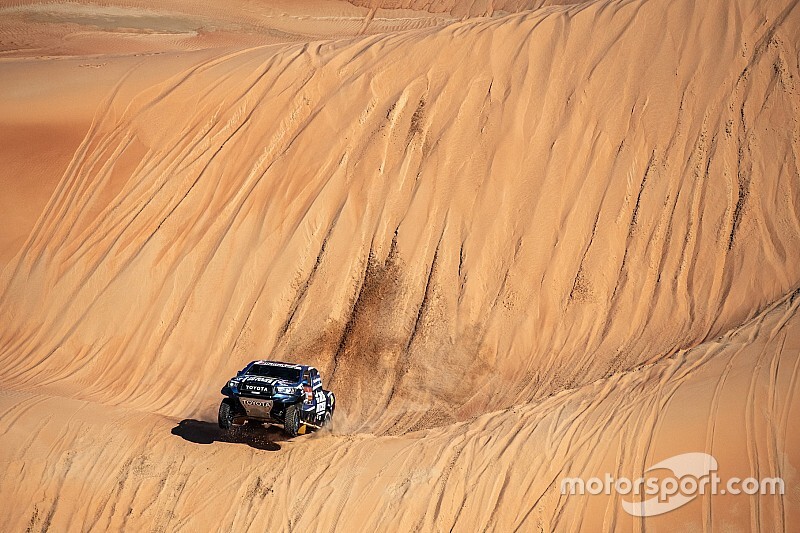 Dakar Rally organiser ASO says it is ramping up efforts to expand the event beyond Saudi Arabia's borders in 2021.

The Gulf nation secured a five-year deal to host the cross-country rally from 2020, marking a shift away from South America for the event after 10 years.

The first edition, held earlier this month, was held exclusively in Saudi Arabia as per the contract, but the ASO is free to add more countries to the marathon from 2021 onwards.

Dakar Rally director David Castera first mooted the possibility of a multi-country event in the Middle East/Africa last year, and says work in this field has intensified following the success of the 2020 event.

Dakar has traditionally been held in multiple countries since its inception in 1978, with the 2019 event in Peru the first ever to be hosted only by a single nation.

"I think we're going to try to add one more country,” Castera told Motorsport.com. “We haven't worked much on the next [edition] yet, because this had to be done correctly first.

“Now that it's done, we're going to work quickly. Saudi Arabia sure, of course. And there will be another one [country].”

Although nor ASO nor Castera specified any countries, Jordan and Egypt - both of which share a border with Saudi Arabia - are believed to be the most likely candidates for an expanded Dakar route.

Castera had previously revealed that ASO had been contacted by representatives from both Egypt and Jordan.

Should Egypt be added to the calendar, the rally would have to cross the Gulf of Aqaba or the Red Sea as the land route would require passing through Israel.

Egypt also has previous experience of hosting the Dakar, with Cairo and Sharm el Sheikh having served as the finishing point for the 2000 and the '03 event respectively.

This year’s fast-flowing route in Saudi Arabia received a largely positive reaction from competitors, with Stephane Peterhansel claiming it has recaptured the “spirit of Africa” - the original home of the Dakar Rally.

A major change was also made in the navigational philosophy, with roadbooks for six of the event's 12 days handed to competitors just prior to the start of the stage, as opposed to the previous evening as had been customary.

However, Castera says he wants to adapt the route for future editions of the event after admitting that it was “very fast” at times in the second week.

"I think it has been positive globally. People are very happy about this Dakar, the deserts, the landscapes," Castera told reporters including Motorsport.com.

"That is what I am going to keep in my head, the opinion is of the competitors, not just mine. I know that I have to improve, I saw it quickly and you always have to have a vision of what you do, if not, things do not work and you can not evolve.

“In the roadbook you can also improve things and especially work with the digital version and, finally, keep the race at the level we have put on, because it's not easy."