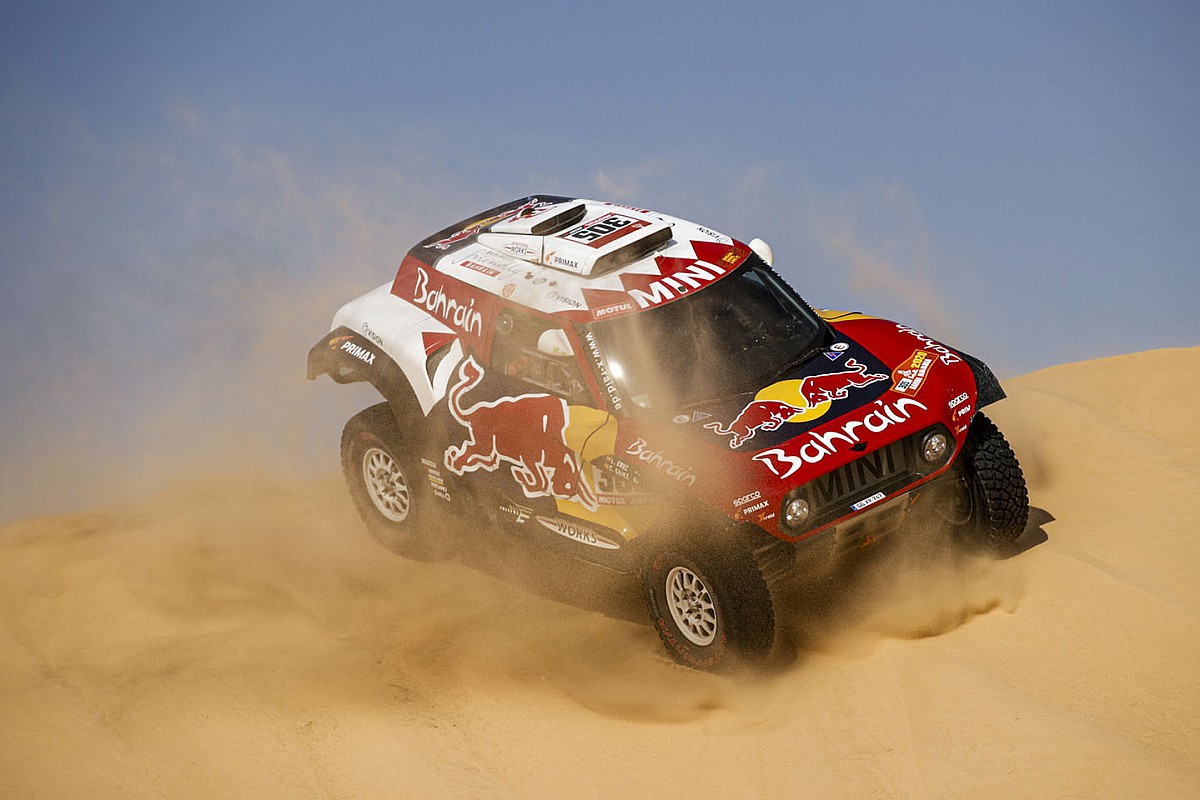 The FIA Cross-Country Commission has announced that four-wheel drive cars will form the top category of major international cross-country rallies from 2023.

The new ruling is likely to affect the Dakar Rally, which usually follows the regulations of the FIA but also has its own set of guidelines.

A consensus to prioritise four-wheel drive vehicles was first reached in 2017, with the view of implementing the ruling the following year, but the FIA and other parties eventually agreed to delay the decision.

The governing body has now officially declared that two-wheel drive vehicles will not be able to contest the top class of international cross-country rallies from 2023, with a formal announcement made after Friday’s World Motor Sport Council meeting.

“The future Cross Country rally car pyramid was approved,” the statement read. “A balance of performance will continue to be applied to T1 4x4 and T1 4x2 cars until the end of 2022, whereupon in 2023 T1 4x4 will become the premier category in the discipline.

“The principle of introducing a group for new environmentally friendly technologies from 2021 was also accepted, with the aim of providing a framework for the development of such vehicles.”

As part of the announcement, FIA priority drivers will also not be allowed to take part in major cross-country rallies in two-wheel drive cars from 2023, effectively ruling out all leading drivers.

It is understood that the decision was made due to the technical advantage two-wheel drive cars enjoy over their four-wheel drive rivals, as well as to draw more manufacturers in the category.

It follows staunch criticism from Toyota against Mini’s two-wheel drive buggy, which claimed victory in this January’s Dakar Rally with Carlos Sainz behind the wheel.

Mini will be allowed to fight for overall victory with its current buggy in the next two editions of the Dakar Rally, but will have to switch to a four-wheel drive vehicle in 2023 to stay in the top category.

The British marque has already been fielding a fleet of JCW Rally 4x4s in Dakar in recent years, with Orlando Terranova finishing sixth in one of those cars in the 2020 event.

According to sources, the technical regulations for 4x4 cars are likely to remain the same, with FIA again giving the manufacturers the choice of petrol and diesel engines.

Two-wheel drive vehicles have dominated the Dakar in recent years, with four of the last five victories in the marathon scored by buggies.