Al-Attiyah drops out of Dakar lead with penalty 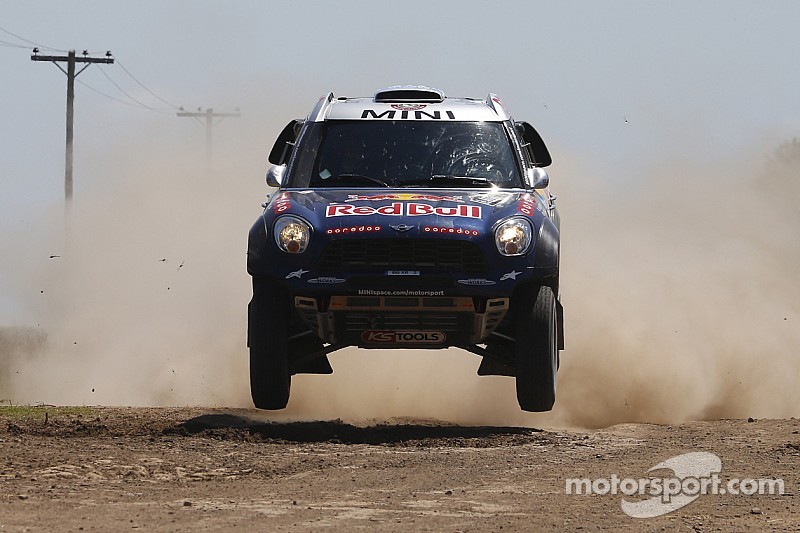 Nasser Al-Attiyah was leading the car category before being slapped with a penalty.

We've had a change in the running after Day 1 of Dakar action and it involved the leading Mini in the car category. Nasser Al-Alltiyah was handed a two-minute penalty and thus dropped down to seventh place with co-driver Mathieu Baumel.

Fellow Mini drivers Orlando Terranova/Bernardo Graue have taken over the top spot as a result, also moving USA's Robby Gordon and Johnny Campbell up to second. The penalty is due to speeding, going 68km/h in a section where the limit was 50km/h.