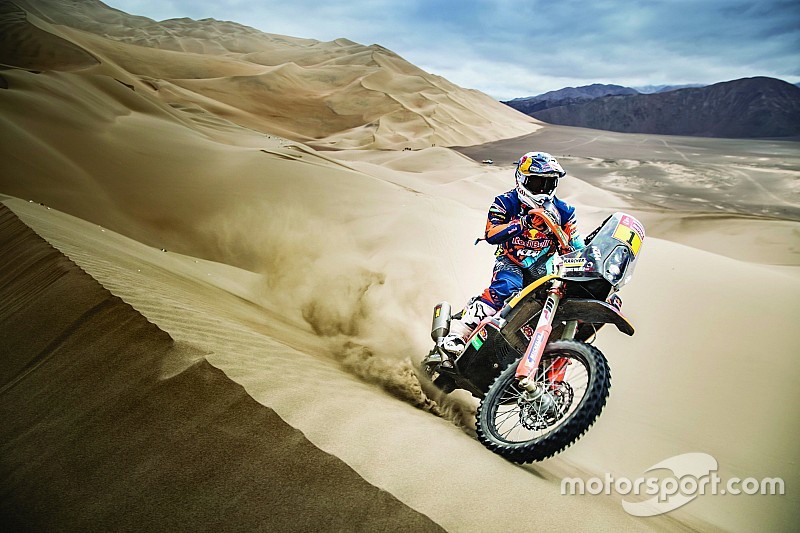 Dakar director Etienne Lavigne says he wants the 2020 running of the event to return to a three-country model with a variety of terrain, but can't yet commit to a return to South America.

Dakar was left with a route contained entirely within Peru for the 2019 event, with the likes of Chile, Ecuador and Bolivia all failing to reach an agreement with organisers ASO midway through last year.

There was further instability when the Peruvian government reportedly baulked at costs in June, before finally deciding to go ahead with the event.

Now organisers are faced with the challenge of determining the route for the 2020 Dakar, which has been linked with a return to Africa.

According to Lavigne the short-term future of the event is still very much up in the air, however he says a return to a three-country model is the preferred outcome.

"Unfortunately, I am not able to predict the future of the Dakar at the moment," Lavigne told Motorsport.com.

"I can not communicate things I do not know. And that's not good. I would like to be able to say where we will go in 2020, but I can't.

"Setting up an event of this kind, in this format or a longer one, is always a headache when you have so little time. If I would have to build a Dakar every year in just six months, I would have to change my job, because you have enormous pressure.

"For me, the ideal [format] is the 2018 edition; through three countries, three types of geography, different stages – I hope to have this type of cocktail with several ingredients, because it gives us the chance to surprise the drivers more."

When pressed on whether Africa or South America was the more likely host continent next year, Lavigne added: "Super difficult [to say], because the situation in [South America] has changed dramatically, and negatively, over several years.

"Until 2016/17, there was a desire from the countries to host the event and today there are economic conditions in Argentina, Chile, Peru, which make it difficult to know the intentions of the political leaders.

"They have an internal calendar that is not very comfortable for us, and the Dakar is a sporting event, but its media resonance is not enough for a political leader when he has to reduce expenses.

"The truth is that we have the pressure to propose our 2020 plans and beyond as soon as possible, in three, four months. If we do not know how to recover [the situation], we have to change course, because we cannot afford another situation like the one of last months.

"When you take a direction, if at one moment it does not allow you to do things right, you have to change course.

"It is a headache because we have to assemble a strategy super quickly to know if there is interest or not in hosting us. And if not, let's see where we are going. We have to recover some energy quickly."