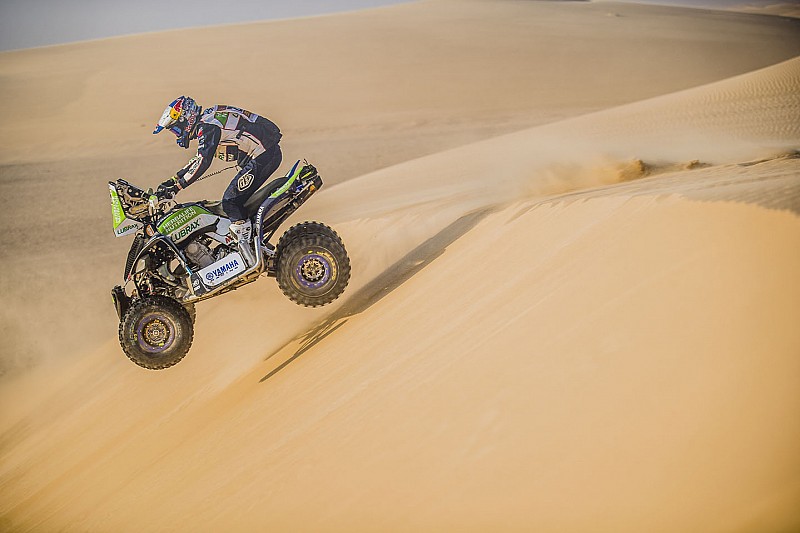 Ignacio Casale took his third Dakar Rally title in the quad class on his return to the category as rookie Arkadiusz Lindner took his maiden stage win.

Casale, who returned after a one-year excursion into the SxS category last year, dominated the quad class for the duration of the marathon.

Laying the foundation of his title with three stage wins in the first four days, he finished every time in the top three until Stage 10, which threw a spanner in the works as he got lost and conceded much of his lead.

But Casale was not fazed as he beat Simon Vitse, his last realistic rival at that point, by five minutes on the penultimate day and entered the final stage with a 21m16s advantage.

He did not press the issue and was 4m17s slower than pace-setter Lindner, but his title, which he won by 24m09s, was never in danger.

Vitse was able to complete the Dakar Rally for the first time on his third attempt and took the runner-up spot as the only rider within an hour of Casale.

Rafal Sonik was third, the Pole making it to the top three for the first time since his 2015 title while the top five was completed by Manuel Andujar and Kamil Wisniewski.

Lindner however triumphed on his Can-Am quad on the last day, becoming the first non-Yamaha stage winner since 2017.