© 2021 Motorsport Network. All rights reserved.
TV Buy tickets Store
Previous / Dakar competitor crashes out before event even starts Next / Alonso adamant he has "nothing to prove" on Dakar
Dakar / Dakar / Breaking news 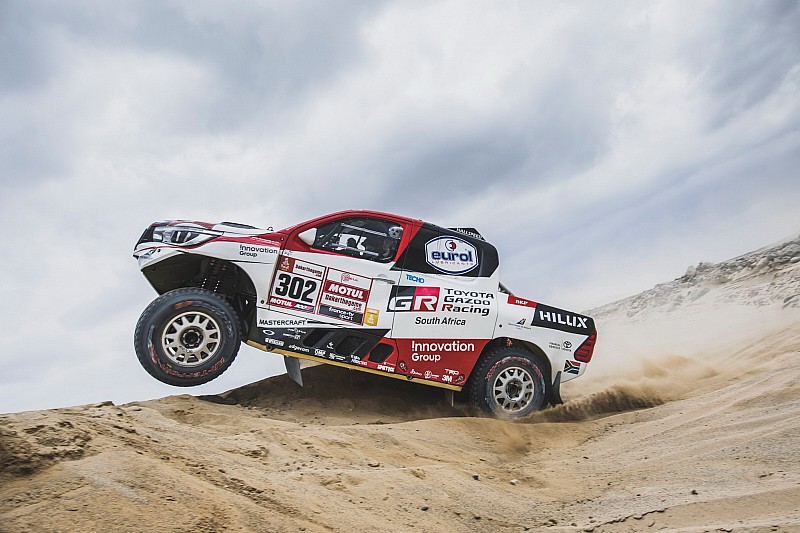 Castera told Motorsport.com that feedback from the drivers after the Morocco Rally, which is run by his own company ODC and served as a test bench for the new roadbook philosophy, has led him to apply some tweaks to the navigation system.

The Frenchman acknowledged that the delivery of the roadbook to competitors in "at least four" of the rally's 12 stages shortly before the start of the stage (instead of the previous afternoon) implies that it should contain more information than it has in recent years.

Previously, the organisers designed a roadbook with minimum details, knowing that competitors added extra information to it with their own map specialists.

The 2019 roadbook also came in for criticism from the likes of Carlos Sainz Sr and Daniel Elena, Sebastien Loeb's co-driver, for its inaccuracies.

"It is true that there were several notes in Morocco where some CAPs [route instructions expressed in degrees] were missing and that changed the classification," said Castera. "It is not what I want here. We made changes because the difficulty has to be different.

"We were wrong in Morocco because we did it as we did before, without thinking that since they don't have the roadbook the day before, they can't make their modifications, with all the work done by the 'mapmen'.

"I didn't think it could change things so much and we were wrong. When we give it in the morning, everything changes."

He added: “Here [in Saudi Arabia], anyway, navigation is complicated, because there are a lot of tracks. If you want to go too fast, it's easy to be wrong. What I want to have in the end is a difficult navigation, but not a lottery.

"This is very important and surely some will say it because they will be lost. We have worked hard to make it difficult for everyone, starting first or last, but so they can find the proper way. They will have to concentrate a lot."

In recent months there was some controversy due to the chance of the two main teams, Toyota and Mini X-raid, to compete in the last rounds of the Saudi Desert Rally Championship, despite the blanket ban imposed by the ASO on testing in the Arab nation.

Explaining the decision, Castera said: "Nobody has tested here, some took part in events. On motorcycles there was nobody and in cars it was difficult because we had a conflict between Toyota and Mini, who had competitors from here. They called me to speak about it.

"We decided to let them go to the events, but we have received an email from everyone with the people who travelled and the place were they raced. We controlled it that way. If people wanted to do the race, they could do it, but not test."

Dakar competitor crashes out before event even starts

Alonso adamant he has "nothing to prove" on Dakar