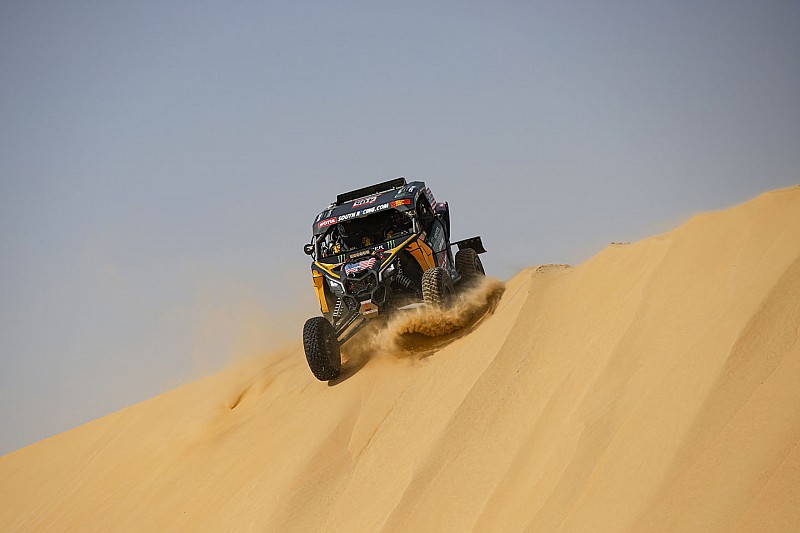 American driver Casey Currie has prevailed in the SxS class of the 2020 Dakar Rally, winning the marathon on his second attempt.

Partnering up with a new co-driver in Sean Berriman for the 2020 edition, Currie was among a number of Can-Am drivers vying for supremacy in the first week of competition.

But as his rivals dropped away one by one, and defending champion Francisco 'Chaleco' Lopez gave up nearly an hour in the first stage after the rest day, Currie was suddenly in possession of a 30-minute lead.

Lopez made inroads on the gap in the following days, but then suffered from tyre dramas in Stage 10, leaving Currie with an unassailable lead.

Though the American scored no stage wins in the 2020 editions, he brought his Can-Am home to triumph by 39 minutes in the general classification.

Ex-Junior WRC regular Conrad Rautenbach was fourth in his first Dakar in the SxS class, followed by Spaniards Jose Antonio Hinojo Lopez and Jesus Puras - the latter a World Rally Championship event winner in a Citroen in the 2001 Tour de Corse.

There were three stage wins for Mitch Guthrie (four if not for a penalty), two for Blade Hildebrand and one for late call-up Cyril Despres, a coach in the junior team initiative.

Reliability proved shaky, however, with Despres first to retire, and then withdrawing for good after restarting under the 'Dakar Experience' rule as he handed over his engine to Guthrie.

Guthrie too didn't make it to the finish, while Hildebrand had to make use of the 'Dakar Experience' mulligan to reach the end of the marathon.