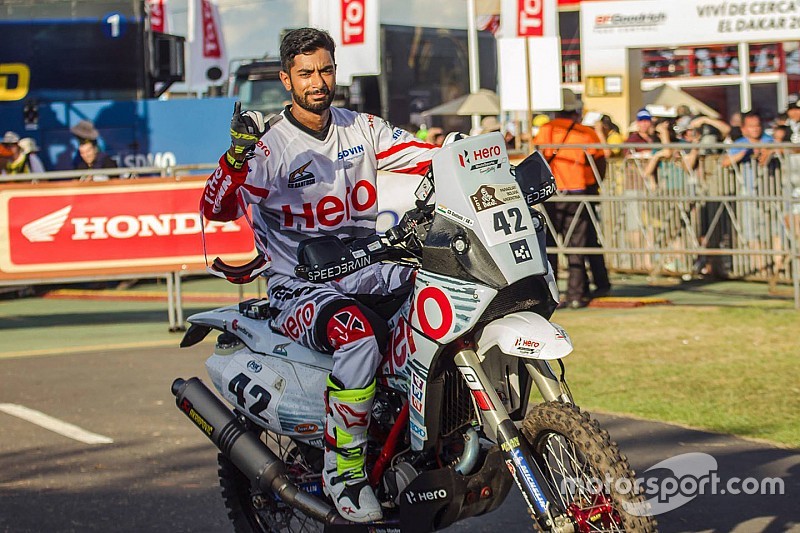 The opening loop between Paraguay capital of Asuncion to Argentine city of Resistencia on Monday covered a total of 454km, with only 39km as timed section.

Meanwhile, teammate Joaquim Rodriques was over three minutes ahead of Santosh ending up 16th overall with a time of 29m42s, just 1m22s behind leader Xavier de Soultrait in the Yamaha.

Over at TVS Sherco, Spanish rider Pedrero had a strong start to his day on the 450 RTR, finishing second to de Soultrait - the duo separated by a mere 0.02s.

On his Dakar debut, Aravind KP completed his first stage at 63rd with a total time of 34m17s, and was 0.06s behind 61st placed Toomas Triisa in the Husqvarna.

The Indo-French collaboration's third rider, Adrien Metge, ended up down the order at 128th place among the 142 finishers.

UPDATE: A penalty to de Soultrait put TVS Sherco's Pedrero on top of the standings in Stage 1.