Dakar 2019: How trucks prepare for a marathon stage 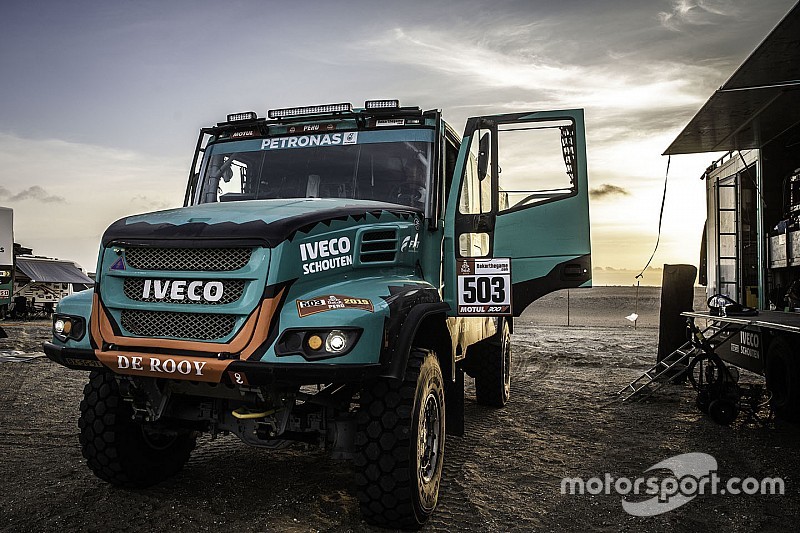 We discover how the trucks get set for the marathon stage with Corné Van Drunen, the chief mechanic of the Petronas De Rooy Iveco Team.

The eve before the marathon stage is always longer then the seven working hours of a “normal” day, but it was even longer for the mechanics of the De Rooy team after that Gerard De Rooy broke his steering wheel in the third stage, and Maurik Van den Heuvel had to stop to help him replace it.

As the race trucks arrived very late at night, the mechanics started to work on the major problems before focusing on the preparation of the vehicles for the fourth race day, Arequipa – Tacna, first part of the marathon stage.

We asked Van Drunen, the chief mechanic of the Petronas De Rooy Iveco Team what happened to the captain of the team and how they prepare the trucks for the marathon stage.

First of all, what happened to Gerard De Rooy?

What job did you do on the trucks?

“First of all we tried to understand what happened and then we checked all the trucks looking carefully for major issues to the main components (axle, wheels, chassis). We checked the tyres, the brakes, we change the oil of the axle and then we prepare the spare parts.”

Which extra items are the trucks bringing to the marathon stage?

“Maurik van den Heuvel, the fast assistance truck, will transport the extra parts for the other crews. In particular, he will carry extra leaf springs, some seals for the axles, some extra special tools to repair, and an extra steering house.”

Which is the weakest part on a truck?

“It’s the axle. Because of the torque power of the engine, and the application of the rally truck in off road conditions, this is the most stressed part. But then on the Dakar, everything can break. For example it is not normal that the steering wheels breaks!”